The Eskimo Prince Stakes is a Group 3 event held at Randwick Racecourse during the Sydney Autumn Racing Carnival. 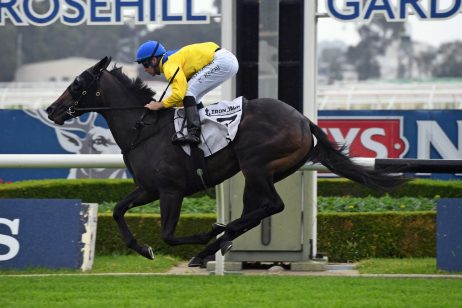 The Eskimo Prince Stakes is a Group 3 race run in Sydney at Royal Randwick Racecourse (having previously been held at Warwick Farm) in early February  as a lead-up to the Sydney Autumn Racing Carnival.

Run over 1200m the set weights plus penalties sprint is open only to three-year-old horses and offers $160,000 in total prize money. It is the key support race at the meeting that is headlined by the Restricted Listed $2 million Inglis Millennium race for two-year-old Inglis graduates.

The last horses to do the Eskimo Prince Stakes – Hobartville Stakes double meanwhile were Man From Uncle (2017) followed the next year by Kementari (2018) who also went on to win the Randwick Guineas.

The updated Eskimo Prince Stakes 2022 betting odds will be published in full below with market links to Ladbrokes.com.au once betting on the early autumn feature for Randwick Guineas hopes opens.

The Eskimo Prince Stakes field attracts a quality line-up of three-year-olds at the start of their autumn campaigns, many of which may be heading towards tougher events over more distance such as the Randwick Guineas.

The official 2022 Eskimo Prince Stakes field and barriers are set for release by Racing NSW on Wednesday February 2, 2022 and will be published in full below.

The race has been hosted at a number of various Sydney racecourses including Canterbury Park, Rosehill Gardens and Randwick Racecourse where the event returned in 2016 for the first time since 2012. It now runs at Sydney’s Warwick Farm track. It started as a Listed race before gaining its current Group 3 status from 2014. It has been run over a number of distances based on the race track.

There was no 2020 Eskimo Prince Stakes due to a washed out Warwick Farm meeting with the race cancelled and not rescheduled.

See below for the full list of Eskimo Prince Stakes winners and results going back to the year 2000.