The Ladbrokes Hobart Cup is a Group 3 race run in Tasmania over 2400m in distance. It is worth $250,000 in prize money and is part of the annual Tasmanian Summer Racing Carnival. 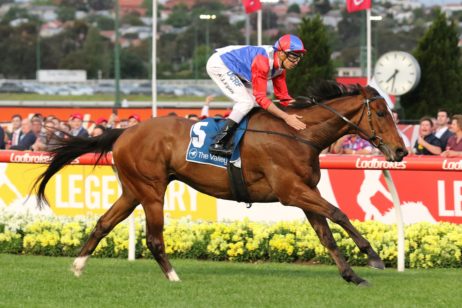 The Ladbrokes Hobart Cup is a Group 3 race run in mid-February during the annual Tasmanian Summer Racing Carnival.

The event is a staying showdown contested over a mile and a half (2400m) and is run under handicap conditions. The $250,000 event takes place at Hobart Racecourse and offers $250,000 in prize money.

It was previously held a week earlier on the the same card as the Group 3 Bow Mistress Trophy for fillies and mares, but was moved in 2022 and made the sole feature race of Hobart Cup Day.

The latest Ladbrokes Hobart Cup 2022 odds will be listed below as soon as released complete with Hobart Cup betting market links to Ladbrokes.com.au on the summer staying showdown in Tasmania each February.

The Hobart Cup field attracts some of the summer’s best local stayers as well as a growing number of interstate raiders and is released by Tas Racing on the Wednesday before Hobart Cup Day.

The official 2022 Hobart Cup Field & Barriers are set for release on Wednesday February 9, 2022 and will be published in full below.

The nominations for the Hobart Cup in 2022 are taken the week of the race and will be updated in full below once confirmed by Tas Racing.

The Hobart Cup has been run since 1875 and is a time-honoured classic staying race in Tasmania. The inaugural Hobart Cup winner was Ella and since then a number of notable horses have won the race including that year’s subsequent Melbourne Cup winner Piping Lane (1972), Brisque (1988), Lord Baracus (2000) and Geegees Blackflash (2012 & 2015).

The race began as a Principal race before gaining Group 3 status in 1980, In 2004 – 2006 it was elevated to a Group 2 event before dropping back to a Group 3 again from 2007 onward. Originally the Hobart Cup was contested over two miles (3200m). It has had a number of different distance changes since then and is now run over 2400m.

See below for the full Hobart Cup winners and results going back to 2000.