The Asian Beau Stakes is a Group 3 sprint held at Ascot Racecourse in Perth as a lead-up to the Group 1 races of the Perth Summer Racing Carnival. 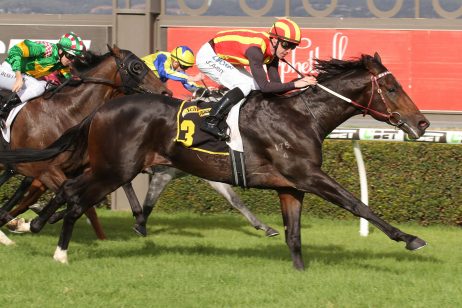 Galaxy Star to shine for locals in 2018 Railway Stakes field

The 2020 Asian Beau Stakes is a 1400m sprint held at Ascot Racecourse in Perth in either late October or early November on the same day Melbourne hosts its famous Victoria Derby Day program at Flemington.

Held under handicap conditions, the Asian Beau Stakes is open only to horses aged three years and older. With total prize money of $150,000, this is a fairly lucrative race considering its status.

The Asian Beau Stakes is one of the earlier races in the Perth Summer Racing Carnival. As a result, it tends to be a fairly popular target for resuming horses. Add to that the fact that it runs on the same day as the Victoria Derby in Melbourne, as the nation is building towards the Melbourne Cup, and it quickly becomes clear why the Asian Beau Stakes receives the local attention that it does.

There aren’t many lead up races to the Asian Beau Stakes, largely because there isn’t a lot of racing prior to it. The Group 3 Northerly Stakes (1400m) held a couple of weeks earlier at the same track under the same conditions can act as a fairly effective preparatory race.

Betting on the Asian Beau Stakes 2020 is open following final acceptances the week of the race with markets available through Ladbrokes.com.au.

The 2020 Asian Beau Stakes field will be published below the week of the race.

Inaugurated in 1982, the Asian Beau Stakes has grown into quite an important Western Australian race.

In the beginning, the Asian Beau Stakes was known as the Kankama Quality Stakes. It has gone through multiple name changes over the years, being known also as the Belmont Community Quality Stakes and Budget Quality Stakes.

The Asian Beau Stakes gained its current Group 3 status in 1999. It has always been run at Ascot Racecourse with the exception of one year in 2003, when it was run at Belmont Park.

The race is named after champion galloper Asian Beau. Asian Beau’s 1981 blitzing of the Group 1 Railway Stakes made him only the fourth horse to win as odds-on favourite since the race’s inception in 1887. Jockey Graeme Webster made the claim following the race that Asian Beau would “prove to be the best sprinter in Australia”. At the time, Tommy Berry’s offer of $450,000 seemed to reflect that. Although owner Joe Williams claimed he wanted $600,000 following the race.