The Summer Cup is a Group 3 handicap held at Royal Randwick on Boxing Day each December over the Christmas racing season. 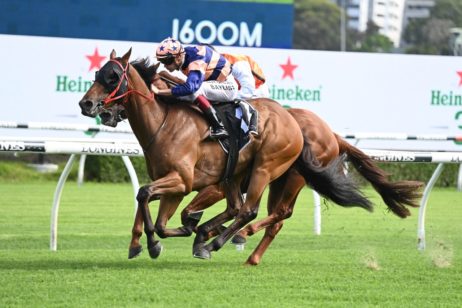 The Summer Cup is a Group 3 handicap event held at Royal Randwick Racecourse each year on Boxing Day, December 26. After a break from racing on Christmas Day, the Boxing Day races in Sydney are hugely popular.

Held over 2000m under handicap conditions, the Summer Cup is open to all horses aged three years and older. With $160,000 prize money on offer, the Summer Cup is a decent target for horses who are at the end of their spring campaign.

It stands as one of the only Group events held in Sydney during the summer and is the only Black-Type race on the card that day. Elsewhere in the country Caulfield also hosts some popular Boxing Day races with the Listed Christmas Stakes (1200m) and Listed Lord Stakes (1700m) running in Melbourne, as does Brisbane with Doomben host to the Group 3 BJ McLachlan Stakes (1200m).

The Group 2 Villiers Stakes (1600m) is a reasonably popular lead up race to the Summer Cup, however the Villiers Stakes – Summer Cup double hasn’t been completed since Aqua D’Amore (2005). Following the Summer Cup, most horses head to the paddock. Some might choose to head over to Western Australia for the last of the Perth Summer Racing Carnival races including the Group 2 Perth Cup (2400m) run on either New Year’s Eve or in the first week of January.

The 2021 Summer Cup ran on Sunday December 26, 2021 as part of the Christmas racing program in Sydney and was won in an upset by the Bjorn Baker-trained Parry Sound at 25/1.

The latest Summer Cup odds on the Group 3 Boxing Day race at Royal Randwick will be found below complete with links to Ladbrokes.com.au for you to back your Summer Cup Tips at the best racing odds!

Spirit Ridge ($3.60 in 2020) was the last favourite in Summer Cup betting to salute for the punters.

There was a notable upset the following year with Parry Sound saluting at Summer Cup odds of $26.

The Summer Cup Field attracts a quality line-up of middle-distance summer stayers, many of which are backing-up out of a Villiers Stakes run over the Randwick mile in mid-December.

Racing NSW officially release the Summer Cup 2021 Final Field & Barriers the Wednesday before the race and the acceptances will be available in full below.

The Summer Cup was inaugurated in 1890, with Stockwell taking home the first Summer Cup trophy. Throughout the years, the Summer Cup has been variously held at Warwick Farm, Rosehill Gardens and its current home, Royal Randwick.

The distance of the Summer Cup has varied too, with it running over 2400m at Rosehill in 2011, as opposed to its current 2000m.

Quite a few decent horses have gone through the Summer Cup. Notable recent Summer Cup winners include I’m Imposing (2013-14), Mighty Lucky (2015) and Red Excitement (2016) who improved on a lead-up third in the Group 3 Festival Stakes (1500m) at Rosehill three weeks earlier. Red Excitement also went on to run second to Montauk (2017) in the following year’s Summer Cup results.