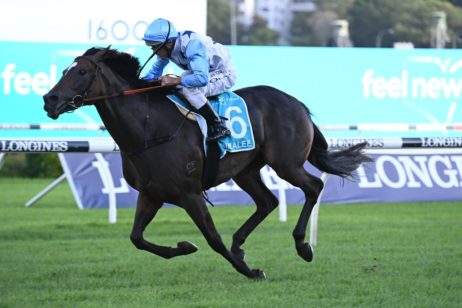 The 2022 Sydney Autumn Racing Carnival features all of the best racing early on the calendar year and steals the attention away from Melbourne for the most part in a reverse of the spring majors.

The carnival, which runs from late January or early February right through until the end of April, is host to a range of elite race days and sees some of the country’s most illustrious Group races take place including the Group 1 $5 million Golden Slipper Stakes (1200m) for the two-year-olds and the Group 1 $4 million Queen Elizabeth Stakes (2000m) won in 2017 by superstar mare Winx.

With over $25 million in total prize money on offer throughout autumn, the carnival is one of the major racing highlights on the Australian thoroughbred calendar.

The action of the annual Sydney Autumn Racing Carnival hits its peak across two Saturdays in April for the two day ‘The Championships‘ with eight Group 1 races including the Group 1 $3 million Doncaster Mile (1600m) on Day 1 and the Group 1 $2 million Sydney Cup (3200m) on Day 2.

Enjoy access to the best Sydney Autumn Racing Carnival odds and offers this season at Ladbrokes!

The Sydney Autumn Racing Carnival race days are full of Group status showdowns that attract the country’s best horses and provide the best betting opportunities for punters to take advantage of at an online bookmaker such as Ladbrokes.com.au.

Rosehill Gardens is home to the first race meeting of the carnival in late January or early February and hosts three Group status races for sprinters:

Held in early to mid February at this day features a host of lead-up races to some of the upcoming Group 1 autumn features. There are four Group status sprints on the card:

Conducted in mid-late February at Rosehill Gardens, Hobartville Stakes Day features three Group 2 status races and has plenty of prize money on offer as the prestige of the races begins to build for the autumn majors. While the Hobartville Stakes is the meeting’s marquee race, the Silver Slipper Stakes for two-year-olds is a key preparatory race ahead of the lucrative Golden Slipper Stakes. The three key events on the Rosehill card are:

Taking place on the last Saturday in February or the first in March, Chipping Norton Stakes Day kicks off Group 1 racing during the Sydney Autumn Racing Carnival 2022 including with the recently upgraded Surround Stakes for 3YO fillies. The meeting has been moved from Warwick Farm Racecourse to Royal Randwick and features six Group status races:

Held in early to mid-March, this is one of the early highlights at the Sydney Autumn Carnival as the action moves to the state’s premier track – Royal Randwick Racecourse. Two Group 1 status races highlight the action including the Randwick Guineas for three-year-olds. It is the richest race day of the carnival so far and hosts the first million dollar race of the festival. There are a total of seven Group races on the line-up:

Back at Rosehill Gardens, Coolmore Classic Day continues the Group 1 racing action of the season with the fillies and mares facing of in the day’s namesake race for $600,000 in prize money. The Coolmore Classic is accompanied by six other Group events including a Group 3 race worth a lucrative $350,000 in prize money the Sky High Stakes. The Group events on the program are the:

Golden Slipper Stakes Day at Rosehill Gardens is one of the most anticipated of the autumn and is host to the world’s richest race for juveniles – the Golden Slipper Stakes boosted from $3.5 million to $5 million in 2022. Incredibly a total of five Group 1 races run at the meeting including the weight-for-age George Ryder Stakes and the Rosehill Guineas that originally ran at its own race day before a reshuffle by the ATC. The Group races on Golden Slipper Day are the:

Rosehill Gardens is host to another two Group 1 races at this meeting including the weight-for-age Tancred Stakes (formerly The BMW due to sponsorship) run over a mile and a half. The full Group race line-up for the day is:

The most prestigious Sydney Autumn Racing Carnival majors are saved for last with ‘The Championships’ run over two Saturdays in early – mid April, depending on the Eater dates, at Royal Randwick. Day 1 – Doncaster Mile Day – is host to four Group 1 races including the Doncaster Mile worth $3 million in prize money and the $2.5 million TJ Smith Stakes for the weight-for-age sprinters. The Australian Derby over a mile and a half for the three-year-old stayers and the ATC Sires Produce Stakes for two-year-olds round out Group 1 racing on the card. The full list of Group races on Day 1 of The Championships is:

Day 2 of ‘The Championships’ is host to a further four Group 1 races including the richest of the season – the Queen Elizabeth Stakes now worth a healthy $4 million in prize money making it one of the country’s most anticipated and wealthiest showdowns. The Sydney Cup run over the same two mile distance as the spring’s Melbourne Cup is another highlight on the card, while the three-year-old fillies face off in the ATC Oaks. The final Group 1 of the day is the Queen Of The Turf Stakes for fillies and mares. In total seven Group races close The Championships:

After the action packed Sydney Autumn Racing fans and punters have one last Group 1 race day to enjoy to bring the festival to an official close. All Aged Stakes Day at Randwick features two Group 1 races and four other Group 3 support acts: