The Group 1 Rosehill Guineas is a 2000m race for three-year-old horses run at Rosehill Gardens during the Sydney Autumn Racing Carnival. 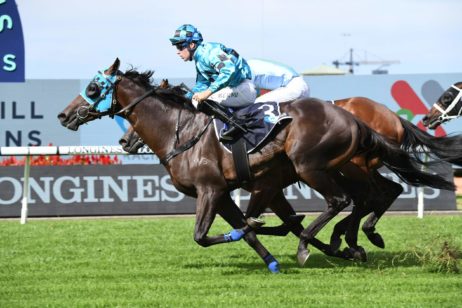 Note: The 2021 Rosehill Guineas was postponed until Saturday March 27th, 2021 due to heavy rainfall and unsafe track conditions at Rosehill Gardens.

Restricted to three-year-olds the Rosehill Guineas field is run over a staying trip of 2000 metres and offers $600,000 in total prize money. The traditional autumn lead-up into the event is the Group 1 Randwick Guineas (1600m) held a fortnight earlier over 400m shorter. The Randwick Guineas – Rosehill Guineas double has recent been achieved by the likes of Metal Bender (2009), It’s A Dundeel (2013) and The Autumn Sun (2019).

As one of the best three-year-old events at the carnival, the Rosehill Guineas always attracts a fine field of contenders and has been won by some true turf champions including Sky Heights (1999), Tie The Knot (1998), Octagonal (1996), Danewin (1995), Naturalism (1992) and Sky Chase (1988), while equine superstars Phar Lap (1929) and Kingstown Town (1980) also recorded impressive victories in the Group 1 event.

The 2021 Rosehill Guineas ran on Saturday March 27, 2021 as part of the rescheduled Golden Slipper Day card in Sydney and was won by the favourite Mo’unga.

Trainer Annabel Neasham celebrated her first Group 1 victory in her maiden season with her favourite Mo’unga ($2.90) saluting for the punters in a tight Rosehill Guineas 2021 result over the brave Sky Lab ($13).

Click here to read more on the exciting victory by Mo’unga in the 2021 Rosehill Guineas.

The latest Rosehill Guineas 2021 betting odds this autumn on the Group 1 three-years-old race on Golden Slipper Day will be available below with market links to Ladbrokes.com.au as soon as released.

The Rosehill Guineas field attracts the season’s best three-year-old staying types typically coming off a Randwick Guineas run over a mile and heading towards the Australian Derby on Day 1 of ‘The Championships’ in April.

The official 2021 Rosehill Guineas field and barriers are released by Racing NSW on the Wednesday leading up to Golden Slipper Day and will be available in full below along with a link to the full Rosehill Guineas Form Guide.

Fifteen three-year-olds make-up the updated Rosehill Guineas 2021 field including the widely-drawn Randwick Guineas winner Lion’s Roar out in gate 12 and the favourite Mo’unga coming off a second in the same lead-up over a mile.

Click here to read more on the headlined horses in the 2021 Rosehill Guineas field & betting markets.

The updated Rosehill Guineas 2021 nominations are open until Monday the 22nd of March, 2021 and will be published below.

The Rosehill Guineas began as a principal race run over seven furlongs and the inaugural winner was Electric Wire. The race distance was increased to nine furlongs in 1915 before a further increase occurred in 1948, bringing the length to a testing 10 furlongs. In 1973 the distance was converted to 2000m and after the race was not held in 1978, the Rosehill Guineas was elevated to Group 1 status in 1980 when the almighty Kingston Town was victorious.

In 2021 the original Golden Slipper Stakes race day including the Rosehill Guineas was abandoned due to heavy rainfall and unsafe track conditions and postponed to the following Saturday.

Rosehill Guineas betting is normally very interesting and it is often surprisingly tough to pick the winner of the Group 1 event. There is generally one horse that starts the Rosehill Guineas as a short-priced favourite, but only a handfull of favourites have won the race in the last thirty years.

Recent favourites in Rosehill Guineas betting to salute for the punters include It’s A Dundeel (2013), Criterion (2014), D’Argento (2018) and The Autumn Sun (2019) who started at an odds-on quote of $1.30 in what would be his swansong race. Rosehill Guineas odds open weeks in advance of the race at online bookmakers including Ladbrokes.com.au.