The Group 3 Premier's Cup is a quality staying race for Brisbane Winter Racing Carnival gallopers heading towards the Brisbane Cup back at Eagle Farm Racecourse a fortnight later. 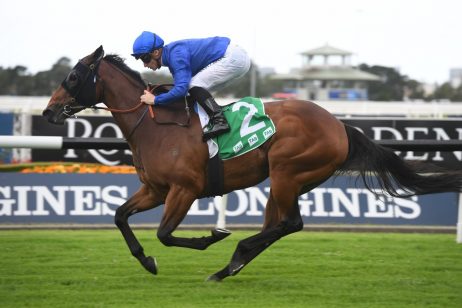 The Premier’s Cup is a Group 3 race held annually as part of the Brisbane Winter Racing Carnival. Raced over a staying test distance of 2400m, the Premier’s Cup offers $200,000 in total prize money as of 2021 and is part of the updated Kingsford-Smith Cup Day program in late May at Eagle Farm Racecourse.

Note: The 2020 edition of the Premier’s Cup ran at Doomben on July 27 offering $125,000 due to the COVID-19 affected Queensland Winter Racing Carnival.

Run under quality handicap conditions and only open to horses aged three years and older, the Premier’s Cup is a key lead-up race for longer distance gallopers targeting a run back at the track on Stradbroke Handicap Day in the Group 2 Brisbane Cup (3200m).

The Premier’s Cup is one of the feature support acts on the Eagle Farm card in late May with racing at the meeting headlined by the Group 1 Kingsford Smith Cup (1300m) for Stradbroke Handicap hopes, the Group 2 BRC Sires’ Produce Stakes for two-year-olds heading towards the JJ Atkins and now the Group 1 Queensland Derby (2400m) following a change to the carnival line-up in 2021.

The winter’s top Premier’s Cup 2021 odds and betting market links to Ladbrokes.com.au on the Brisbane Cup-bound stayers will be provided below the week of the race so stay tuned.

Each season the Premier’s Cup field attracts a field of Brisbane Cup-bound gallopers.

The official Premier’s Cup 2021 Field & Barriers are set for release on the Wednesday leading-up to Kingsford-Smith Cup Day and will be available below.

The official 2021 Premier’s Cup nominations close on the Monday of race week and will be published in full right here.

The Premier’s Cup is a relatively new race, with its inauguration occurring as recently as 2006. Coalesce was the first winner of the Premier’s Cup, and the trophy has since been handed to similarly solid performers.

The Premier’s Cup is often used by trainers as a preparation race for the Group 2 Brisbane Cup (2400m), held on Stradbroke Handicap Day at Eagle Farm.

Due to its relatively short history, the Premier’s Cup has not developed the kind of following or deep tradition as other races. However, in its short life, the Premier’s Cup has obtained a reputation as an exciting staying race, with the result much more unpredictable than many other mid to long distance races.

Premier’s Cup results since 2006 are listed below.