The Vo Rogue Plate is a Group 3 race held towards the end of December or early January in Brisbane as a lead-up to the Gold Coast's $2 million Magic Millions 3YO Guineas. 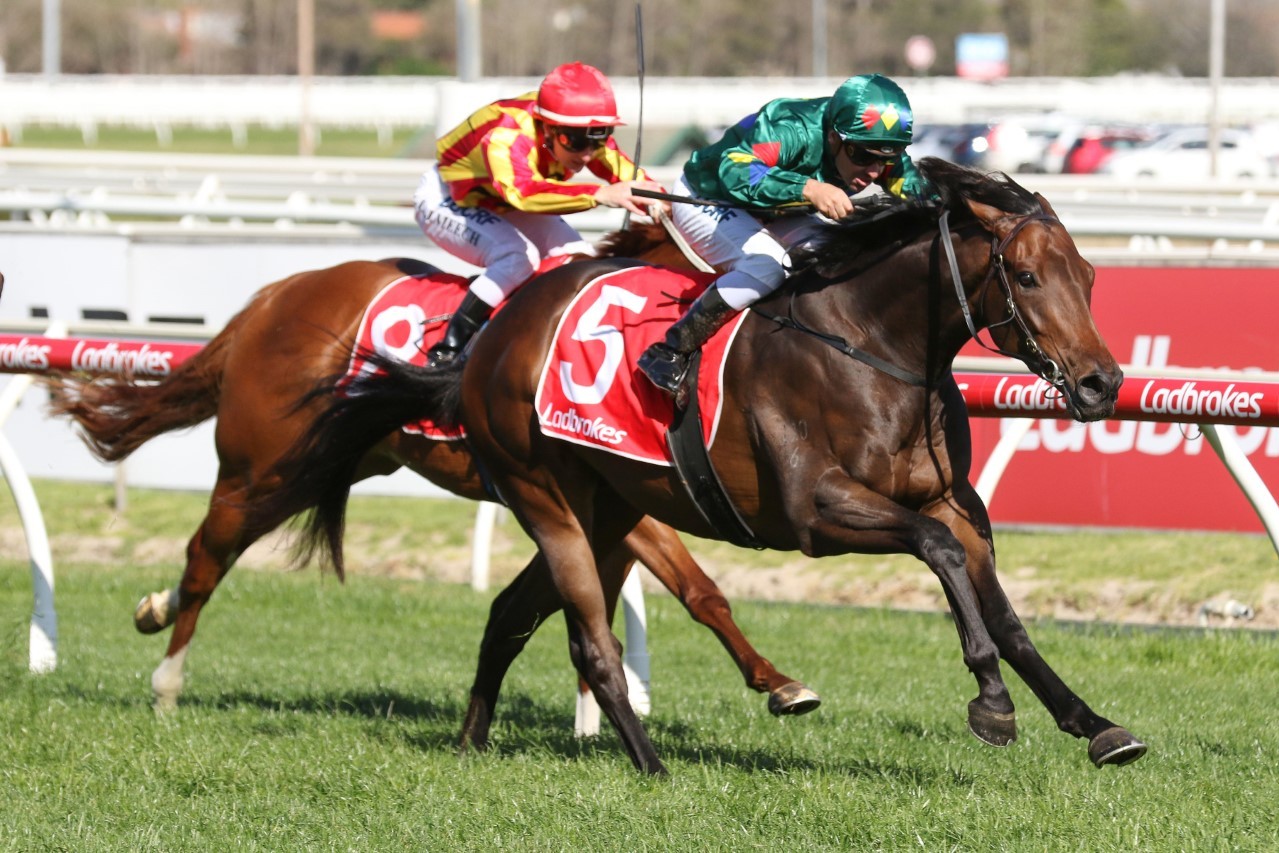 The Vo Rogue Plate is a Group 3 race that is now held at either Eagle Farm or Doomben Racecourse in late December or early January during the Queensland Summer Racing Carnival.

Raced over 1400m at Eagle Farm or 1350m at Doomben, the Vo Rogue Plate is restricted to three year olds and is held under set weight conditions. It pays a lucrative $300,000 total prize money and attracts a class line-up of young horses each Christmas racing season.

The Vo Rogue Plate formerly shared a race program with the Group 3 BJ McLachlan Plate (1200m), which is held under the same conditions but for two year olds before being moved to its own feature race meeting from 2021 onwards.

The other key races on Vo Rogue Plate Day, also known as Magic Millions Qualifier Day, include the $200,000 The Buffering for Magic Millions Cup hopefuls and the $125,000 Shoot Out.

Following the Vo Rogue Plate, many horses head to the paddock to rest up during January, which is a quiet month for racing. Some will return to racing during the autumn, while yet others will hold off until the Brisbane Winter Racing Carnival. Some also choose to race during the Magic Millions Carnival in January if they are Magic Millions graduates and run in the Restricted Listed $2 million Magic Millions 3YO Guineas (1400m).

Pierata (2017/18) followed the next season by Boomsara (2018/19) are the latest Vo Rogue Plate winners to back up and win the Magic Millions 3YO Guineas.

The 2019 Vo Rogue Plate winner Alligator Blood won the Magic Millions 3YO Guineas next start but was later disqualified due to a positive swab for a banned substance. Alligator Blood also franked the Vo Rogue Plate form going on to win the 2020 Group 1 Australian Guineas (1600m) in Melbourne the following autumn.

The 2021 Vo Rogue Plate winner Apache Chase scored an upset at 16/1 before running a next-up Magic Millions Guineas fourth. He further franked the form over the following year with a host of strong Black-Type runs and Group race victories and also finished fourth in Sydney’s $7.5 million The Golden Eagle.

The latest Vo Rogue Plate 2022 odds on the three-years-old Group 3 summer showdown will be listed below complete with links to the markets at Ladbrokes.com.au for you to back your best Vo Rogue Plate betting tips at the right price.

Alligator Blood ($1.35 in 2019) was the last favourite in Vo Rogue Plate betting to salute for the punters.

The 2022 Vo Rogue Plate field will be provided below the week of the race once announced by Racing Queensland.

Nominations for the Vo Rogue Plate 2022 are announced just before Christmas about a week out from the key Magic Millions Guineas lead-up and will be listed below once announced.

The Vo Rogue Plate is a relatively new race. Inaugurated in 2006, it was quickly upgraded to Group 3 in 2009.

The race is named after champion galloper Vo Rogue. Vo Rogue was an impressive thoroughbred, often charging to the front of the field to lead for the entire race before finishing impressively. He had an extensive career, with a total of 83 starts. Of those, he won 26, including an impressive six Group 1 victories.

There was officially no 2020 edition of the race with the event moved from that December to January of 2021.