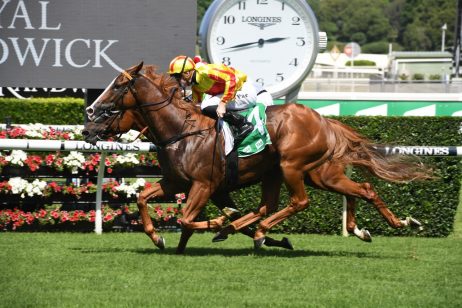 The Liverpool City Cup is a Group 3 race run at Royal Randwick Racecourse in late February or early March during the Sydney Autumn Racing Carnival.

Run over a middle-sprint distance of 1300m the event is an open quality handicap for horses aged three-years-old and above. The Liverpool City Cup offers $160,000 in total prize money and is one of six Group status races held on Chipping Norton Stakes Day.

The Liverpool City Cup is often one of the first autumn features contested by horses in the field and good follow-up races include the Group 2 Ajax Stakes (1500m) at Rosehill in March, the Group 1 George Ryder Stakes (1500m) and possibly even the Group 1 Doncaster Mile (1600m) at Randwick in April during The Championships.

The 2019 Liverpool City Cup winner Dreamforce went on to run third in the George Ryder and second in the Doncaster Mile results later that autumn.

The latest Liverpool City Cup 2021 betting odds provided by Ladbrokes.com.au will be available below the week of the race.

The Liverpool City Cup field attracts a strong line-up of middle-distance autumn gallopers that could be eyeing a run in the upcoming Doncaster Mile Handicap.

The official 2021 Liverpool City Cup field and barriers are set for release on the Wednesday of race week and will be listed below in full.

The Liverpool City Cup 2021 final field features 11 runners led in betting by the top weight Greyworm who has an excellent record at the Randwick track.

Early nominations on the Liverpool City Cup in 2021 close the Monday of race week and will be published below.

The event started as a 2400m race holding Principal status. From 1979 it has been run as a Group 3 race and there have been a number of distance changes over the years. It has been contested over its current 1300m distance since 2008. The race has taken place at a number of Sydney’s racecourses including Warwick Farm and has gone by other names including the Liverpool Handicap and Warwick Farm Autumn Cup.

Check out the table of Liverpool City Cup results & winners going back to 2000 below.