The Brisbane Cup is a Group 2 race for winter stayers contested in Brisbane as part of the stellar Stradbroke Handicap Day line-up. 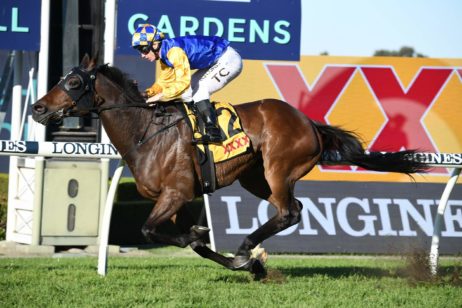 The Brisbane Cup is a staying event traditionally held at Eagle Farm Racecourse in Brisbane. Raced during the Brisbane Winter Carnival in June, the Group 2 feature is a quality handicap is currently worth a lucrative $400,000 in prize money. Previously taking place on the Queen’s Birthday public holiday, the Brisbane Cup is now run on Stradbroke Handicap Day in June.

The race has taken place over a variety of distances, but as of 2021 is back up over the traditional two-mile (3200m) cup distance.

Stradbroke Handicap Day is host to two Group 1 races including the $1.5 million Group 1 Stradbroke Handicap, while the Brisbane Cup is one of the key support acts on the program along with the likes of the Group 1 JJ Atkins for two-year-old milers and the $1.2 million The Q22 (2200m) that replaces the race previously known as the PJ O’Shea Stakes.

The Brisbane Cup 2021 ran on Saturday June 12, 2021 back at Eagle Farm Racecourse over 3200m and was won by the equal favourite Knights Order by nearly five lengths.

The Gai Waterhouse & Adrian Bott-trained import Knights Order ($3.70EF) was excellent over the two-miles in the Brisbane Cup 2021 results, the last start Winter Cup winner saluting by 4.75 lengths in the staying showdown on Stradbroke Handicap Day.

The winter’s top Brisbane Cup 2021 betting odds and market links to Ladbrokes.com.au for you to back your favourite season stayers will be available right here the week of the race.

The Brisbane Cup field draws a smart line-up of winter stayers coming out of lead-up runs earlier in the carnival including the Group 3 Premier’s Cup (2400m) at Eagle Farm a fortnight prior on Kingsford-Smith Cup Day or even the Group 1 Doomben Cup (2000m). Sixties Groove (3rd in 2019) was the last Doomben Cup graduate to go on to win the Brisbane Cup.

The official Brisbane Cup 2021 final field and barriers will be out the Wednesday of race week and published below in full.

Click here to read more on the key stayers in the Brisbane Cup 2021 field and betting markets.

The Brisbane Cup 2021 Nominations are out the Monday leading-up to Stradbroke Handicap Day and will be available below as soon as released by Racing Queensland.

The 2021 Brisbane Cup nominations attracted 15 stayers looking for a win over the two-miles including Heart Of Puissance coming off a lead-up Flemington win and Gai Waterhouse’s Winter Cup winner from last weekend Knights Order.