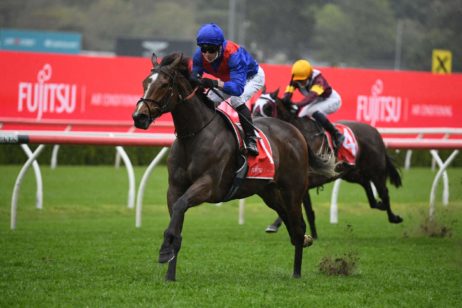 It can also serve as a nice lead-up into the Group 1 George Main Stakes (1600m) with the 2019 Tramway Stakes winner Dreamforce finishing second in that elite level feature next start. Dreamforce successfully defended his Tramway Stakes title in 2020 and ran third in that year’s George Main Stakes behind the Tramway runner-up Kolding who went one better in the Group 1 rematch.

Sincero (2011) was the last horse to win the Tramway Stakes – George Main double.

The 2021 Tramway Stakes form was franked with the winner Zaaki winning Melbourne’s Group 1 Underwood Stakes (1800m) next start. Zaaki also ran third in that spring’s Caulfield Stakes and won the Group 1 Mackinnon Stakes (2000m) after being scratched from the Cox Plate field as the favourite on race day morning. He returned in 2022 to further frank the form with a strong autumn campaign headlined by success in the $5 million The All-Star Mile (1600m).

The latest Tramway Stakes 2022 odds and betting markets courtesy of Ladbrokes.com.au will be available below the week of the race.

The official Tramway Stakes 2022 Field & Barriers are released the Wednesday of race week and will be available in full below.

Nominations for the Tramway Stakes in 2022 are taken the Monday of race week and will be published in full below once released.

In 2020 Dreamforce became the first back-to-back Tramway winner since Grenoble (1959-60) but at set weights plus penalties (not handicap).

Tramway Stakes results since 2000 are listed below.