The Gilgai Stakes is a Group 2 race held at Flemington Racecourse in October as part of Turnbull Stakes Day as a possible lead-up to the VRC Sprint Classic. 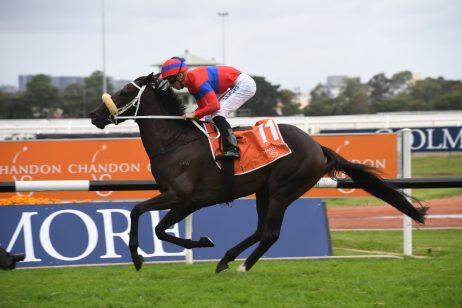 The Gilgai Stakes is a Group 2 event worth $300,000 held at Flemington Racecourse on a Saturday in early October during the heart of the Melbourne Spring Racing Carnival as part of Turnbull Stakes Day.

A sprint race over 1200m contested under set weights plus penalties, the Gilgai Stakes attracts plenty of first-up runners kicking off their spring or horses out of earlier lead-ups like the Group 2 P.B. Lawrence Stakes (1400m) over more metres at Caulfield in August.

Hosted on a massive day of racing for Turnbull Stakes Day, the Gilgai Stakes shares the race card with a host of other black type events including the:

Proven Flemington straight track performers tend to dominate the Gilgai Stakes field and those horses that perform well often move on to similar events later in the Spring carnival, such as the Group 1 VRC Sprint Classic (1200m) on Mackinnon Stakes Day. In 2015 Chautauqua won the Gilgai Stakes for the second time before victory in the Group 1 Manikato Stakes (1200m) at Moonee Valley next start.

The Gilgai Stakes also now serves as a potential lead-up to the world’s richest turf race, the $15 million The Everest (1200m) held at Randwick a fortnight later.

The 2020 Gilgai Stakes winner Zoutori franked the form winning the next year’s Group 1 Newmarket Handicap during the autumn.

The Gilgai Stakes 2021 ran on Saturday October 2, 2021 and was narrowly won by Kementari.

The James Cummings-trained Kementari ($9.50) made an exciting return to winning form scoring a narrow win in the Gilgai Stakes 2021 results over last year’s winner Zoutori.

The season’s latest Gilgai Stakes 2021 betting odds on the Flemington Group 2 sprint race this Turnbull Stakes Day will be available below as soon as markets at Ladbrokes.com.au are available.

The Gilgai Stakes field attracts a good quality field of sprinters each year, many racing first-up after tougher runs in the autumn.

The Gilgai Stakes 2021 field and barriers are released on the Wednesday of race week and will be provided in full below once announced by Racing Victoria.

Straight Six specialist Zoutori headlines the 2021 Gilgai Stakes final field and weights at HQ on Saturday in a close betting battle with class mare Away Game.

Early nominations for the Gilgai Stakes in 2021 close the Monday leading-up to the race and will be published below once confirmed.