The Premiere Stakes is a Group 2 sprint held at Royal Randwick Racecourse as part of the Epsom Handicap Day line-up and is a nice lead-up into the $15 million The Everest. 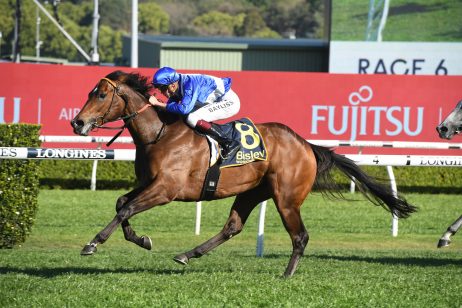 The Premiere Stakes is a Group 2 1200m sprint race held at Sydney’s Royal Randwick Racecourse on either the last Saturday in September or the first Saturday in October, traditionally run the day before the NRL Grand Final.

Worth $500,000 in prize money, the weight for age event attracts several horses which have already competed in the weight-for-age Missile Stakes. The Premiere Stakes is held on Epsom Handicap Day and shares a race program with the Group 1 Epsom Handicap (1600m), Group 1 Metropolitan Handicap (2400m) and Group 1 Flight Stakes (1600m).

The Premiere Stakes now serves as a nice lead-up race for star sprinters set to return to the track and distance in a fortnight’s time for the $15 million The Everest race.

The Premiere Stakes winner is also exempt from ballot for the following year’s Group 1 TJ Smith Stakes held at the same track and distance during the autumn in Sydney.

The Premiere Stakes 2021 runs on Saturday October 2, 2021, as part of the bumper Epsom Handicap Day line-up of races.

The latest Premiere Stakes 2021 betting odds and market links on the gun sprinters in the race will be listed below as soon as available, pricing from Ladbrokes.com.au.

Each spring the Premiere Stakes, now worth half a million in prize money, attracts a star-studded line-up of sprinters. Gallopers may contest the Premiere Stakes field via lead-up runs in races including the Group 2 The Shorts (1100m) at Randwick a fortnight earlier or be kicking off their carnival campaigns first-up in the event.

The official Premiere Stakes 2021 field and barrier draw will be released by Racing NSW on the Wednesday of race week and listed in full below once announced.

The early Premiere Stakes nominations for 2021 close the Monday of race week and will be updated below.

The Premiere Stakes gained Group 2 status in 1997 and has been run and won at Royal Randwick since 2011.

Premiere Stakes results since 2000, along with winning times, are listed below.