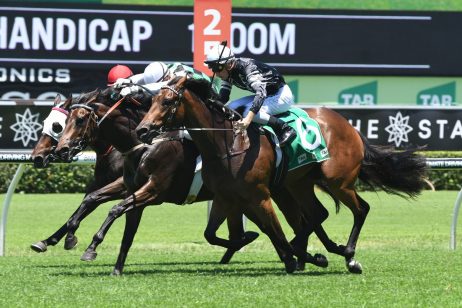 The Sir Byrne Hart Stakes is now known as the Victory Stakes. The Group 2 race run over 1200m in late April each year is now held at the Gold Coast Racecourse in Queensland on A.D. Hollindale Stakes Day, one of two headline races on the card.

It is a traditional lead-up to Queensland’s richest race, the $2 million Group 1 Stradbroke Handicap run in early June each year, and so attracts a class field of Brisbane Winter Racing Carnival-bound sprinters.

The Sir Byrne Hart Stakes was originally held in Brisbane but was moved to the Gold Coast for the 2014/15 racing season.

Run under weight-for-age conditions, it has been won by a host of top line horses including the great Rough Habit (1991) and more recently the Robert Heathcote-trained champion Buffering (2011 and 2013).

Between this race and the Stradbroke Handicap the best performing runners usually back-up in the Group 1 BTC Cup (1200m) held at Doomben.

The race was previously named in honour of Sir Byrne Hart (1895-1989), a former soldier from Brisbane known for his successful horse-breeding, as well as being honorary treasurer (1949-66) and chairman (1966-74) of the Queensland Turf Club.