The Listed Caloundra Cup is 2400m feature held at the Sunshine Coast during the later stages of the Queensland Winter Racing Carnival. 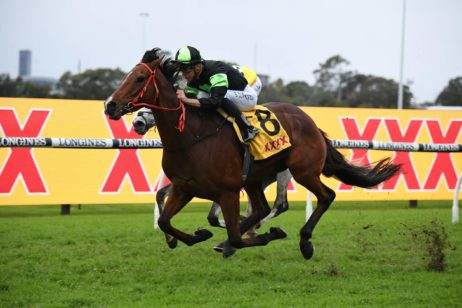 The Caloundra Cup is one of the most popular non-Group races in Queensland. Hosted the weekend following Tattersall’s Tiara Day, the Caloundra Cup draws crowds from Brisbane and other major metropolitan areas for an exciting day of regional racing at the Sunshine Coast.

Raced over 2400m under quality handicap conditions, with a minimum weight of 54kg, the Caloundra Cup pays a total of $175,000, impressive for its Listed status. It is the feature event of the day, exceeding the prominence of the Group 3 Sunshine Coast Guineas – now known as the Winx Guineas. Also held on the day is the Glasshouse Handicap, a $175,000 quality handicap sprint raced across 1400m.

Races on Caloundra Cup Day can be quite a lot of fun for punters, as the form of most runners is well established following the Brisbane Winter Racing Carnival. Horses usually contest the Caloundra City Cup as part of the end of their winter campaign, in search of a final black-type run before retiring for the winter break or stepping up to two miles for the Listed Queensland Cup (3200m) a fortnight later.

The 2021 Caloundra Cup was set to run on Saturday July 3, 2021 but was abandoned due to heavy rainfall and the unsafe racing surface at the Sunshine Coast track and postponed until Sunday July 11th, 2021 with odds-on favourite Stockman saluting for the punters.

The Joe Pride-trained WJ McKell Cup winner out of Sydney, Stockman ($1.45), was too good for his rivals in the 2021 Caloundra Cup result holding off the late challengers to salute for the punters.

Check out the full Caloundra Cup 2021 Results & Finishing Order below once the race is run on the last Saturday in June.

The best winter racing odds on the Caloundra Cup 2021 including Caloundra Cup betting market links to Ladbrokes.com.au will be provided below the week of the race.

Stockman ($1.45 in 2021) was the last favourite in Caloundra Cup betting to salute for the punters.

The Caloundra Cup Field attracts a quality line-up of winter stayers from both Queensland and interstate stables. Horses contesting the Caloundra Cup field may have had a lead-up winter run in a race like the Listed Ipswich Cup (2150m) run a fortnight earlier or even the Group 3 Tattersall’s Cup the weekend prior.

The official 2021 Caloundra Cup Final Field & Barriers are set for release the Wednesday (Thursday in 2021 after being postponed) of race week and will be available in full below.

The Caloundra Cup 2021 Nominations are taken the Monday of race week by Racing Queensland and will be provided in full below once announced.

The Caloundra City Cup has a relatively short history in comparison to many other Cup events. The race was first held on the Sunshine Coast Turf Club’s Opening Day on July 25th, 1985, which coincided with the launch of the new racecourse. Initially named the Sunshine Coast Daily Cup, the inaugural edition of the race paid a total of $25,000. The history of the Caloundra City Cup is intertwined with that of Sunshine Coast Racecourse, the first major Queensland track built outside of metropolitan Brisbane in the preceding half century and the first to boast a synthetic surface, the “Cushion Track”.

The race today boasts an impressive following and a well-structured race day to be a feature of Caloundra Cup Day is held on the premier Sunshine Coast racing weekend.

In recent Caloundra Cup history the New Zealand-trained horses have enjoyed a strong strike-rate with 11 wins since 1985 – the latest being Megablast (2018) and Igraine (2019) going back-to-back.

The Caloundra Cup results going back to 2000 are detailed below.