The Kenwney Stakes is a Group 2 race for three-year-old fillies run at Flemington Racecourse in March on 'Super Saturday' each autumn. 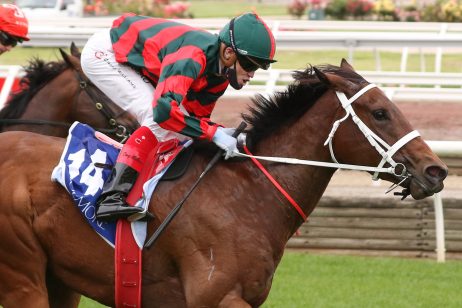 The Group 2 A.V. Kewney Stakes is held at Flemington Racecourse in March as a part of Super Saturday. As the premier three-years-old fillies’ mile event of the season, the Kewney Stakes takes place on the same day as the Group 1 Newmarket Handicap (1200m) and the Group 1 Australian Cup (2000m).

The autumn’s top Kewney Stakes 2021 odds and betting links to Ladbrokes.com.au will be available below as soon as markets are released.

Rubisaki ($3 in 2020) was the last favourite in Kewney Stakes betting to salute.

The Kewney Stakes field attracts a nice line-up of quality Group performed three-year-old fillies coming out of earlier autumn lead-ups run under similar conditions including the Angus Armanasco Stakes on Blue Diamond Stakes Day. Fillies may even drop down in grade off a Group 1 start in a race like the Oakleigh Plate (1100m) as they rise in distance.

The official 2021 Kewney Stakes field and barriers are released on Wednesday March 3, 2021 and will be published in full below.

The Kewney Stakes nominations are announced on the Monday prior to the race, giving punters plenty of time to begin their form study and develop an understanding of the way the race will be run.

The official 2021 Kewney Stakes Nominations will be published below on the Monday leading up to Super Saturday.

First won by Great Field in 1952, the A.V. Kewney Stakes has featured several superb fillies including 1999 winner Sunline from New Zealand. Sunline was the highest earning female racehorse of her time amassing over $11 million in prize money.

The Kewney Stakes was traditionally run over 2000m before being cut to a mile (1600m) from 1985 – 2009 and then the current 1400m distance from 2010 onwards. After kicking off as a Principle Race, the event gained Group 2 status in 1979 and took place at Caulfield Racecourse for one year in 2007 as Flemington underwent an upgrade.

See below for the Kewney Stakes winners and placegetters dating back to 2000 below.