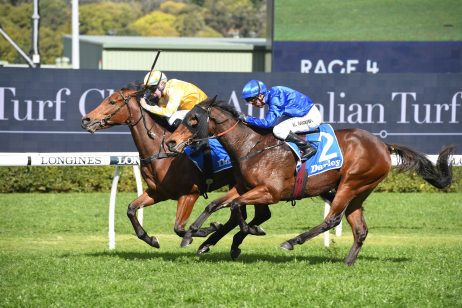 The Silver Shadow Stakes is a Group 2 event for new season three-year-old fillies held annually during August on Winx Stakes Day, which now hosts the opening Group 1 event of the Sydney Spring Racing Carnival. Hosted at the prestigious Royal Randwick Racecourse, the Silver Shadow Stakes is one of the major opening events of the carnival for young fillies heading towards a run through the Princess Series of races that culminates with the Group 1 Flight Stakes (1600m) on Epsom Day.

Fillies that see success in the Silver Shadow Stakes results tend to push on to later races such as the Group 2 Furious Stakes (1200m) or the Group 2 Tea Rose Stakes (1400m) before stepping up to a mile in the Flight Stakes.

The top Silver Shadow Stakes 2021 betting odds and market links to Ladbrokes.com.au will be provided for punters below the week of the race.

Dame Giselle ($3.60 in 2020) was the last favourite in Silver Shadow Stakes betting to salute for the punters.

The official Silver Shadow Stakes 2021 final field and barriers are released by Racing NSW on the Wednesday leading-up to Winx Stakes Day and will be published in full below.

The early Silver Shadow Stakes 2021 nominations are taken on the Monday leading-up to the race, the full list of potential runners to be announced below.