The Ajax Stakes is a Group 2 race run over 1500m at Rosehill Gardens on Coolmore Classic Day as a lead-up to the Doncaster Mile. 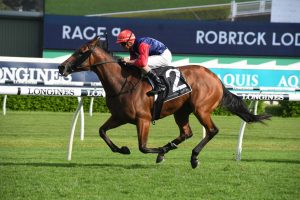 The Ajax Stakes is a 1500m quality handicap clash run during the Sydney Autumn Racing Carnival. The minimum weight is 52kg, while some horses may have to carry up to 61kg. Held at Sydney’s Rosehill Racecourse in March on Coolmore Classic Day the Ajax Stakes offers $200,000 in prize money.

The Group 2 Ajax Stakes is considered a lead-up event to the Group 1 Doncaster Mile (1600m) held on the first Saturday in April on Day 1 of Royal Randwick’s ‘The Championships’. The last horse to win the Ajax Stakes – Doncaster Mile double was It’s Somewhat (2017).

Horses may come into the Ajax Stakes field via a number of different lead-up runs including the Group 3 Liverpool City Cup (1300m) in late February or the Group 1 Chipping Norton Stakes (1600m) at the same meeting.

As well as the Doncaster Mile another Group 1 autumn target for horses out of the Ajax Stakes is the Group 1 George Ryder Stakes (1500m) held a week earlier.

The Ajax Stakes 2020 ran on Saturday March 14, 2020 and was won first-up by the Chris Waller-trained Imaging.

Click here to read more on the 2020 Ajax Stakes win by Imaging.

The latest Ajax Stakes 2020 odds and betting market links to Ladbrokes.com.au on the Group 2 will be available below the week of the race.

Each autumn the Ajax Stakes field attracts a quality line-up of middle-distance gallopers eyeing a Group 1 run later in the autumn and is released by Racing NSW on the Wednesday before Coolmore Classic Day.

The 2020 Ajax Stakes field and barriers are due for release on Wednesday March 11, 2019 and will be published in full below.

The Ajax Stakes 2020 field is down to 13 following the early scratching of the Chris Waller-trained Norway (15) who had the outside alley and the Team Hawkes-trained Scarlet Dream (14). Quackerjack for Mark Newnham in barrier 10 looks a hard to beat favourite after a first-up win in the Liverpool City Cup, while the money is also coming for Rock second-up after his eye-catching third in the same traditional lead-up.

The 2020 Ajax Stakes nominations close on the Monday before the race and will be published below.

The first recorded running of the Ajax Stakes took place in 1976 and was won by Count Rajan. Since then, there have only been two horses to win the event twice, Confiscate in 1998-99 and Catalan Opening in 1996-97. The fastest recorded winning time since 1990 was 1 minute 27.38 seconds by Soho Square in 1993. The slowest winning time was recorded by Windsor’s Pal in 1990.