The Perth Cup (2400m) is a Group 2 race held at Ascot Racecourse on the first week of January during the WA Summer Racing Carnival. 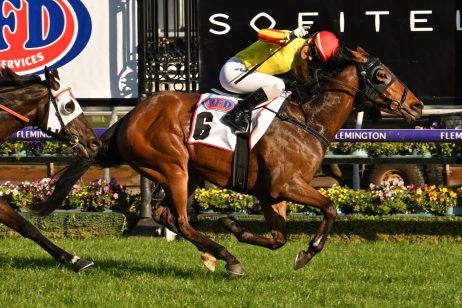 The Group 2 Perth Cup is one of the premier features of the annual Perth Summer Racing Carnival and after traditionally being run on New Year’s Day has changed dates a number of times in recent years. The Perth Cup is now run in either late December or the first week of January.

Held at Ascot Racecourse in Western Australia, the 2400m event is an open handicap that attracts the top local and interstate stayers and offers a lucrative $400,000 in total prize money to its entrants. It is joined on the Perth Cup Day card by the Group 3 La Trice Classic (1800m) and the Listed Summer Scorcher (1000m).

In 2019 the Perth Cup winner Star Exhibit won the race for a second time after an earlier success on New Year’s Eve in 2016. Star Exhibit would also go on to finish a close fourth just 1.6 lengths off the winner Mississippi Delta in the 2020 Perth Cup results.

Graduates out of the Perth Cup may continue onto the autumn’s Group 2 Adelaide Cup (3200m) and the 2014 Perth Cup winner Black Tycoon finished second in that year’s Adelaide Cup over the two miles.

After two editions of  of the 2016 Perth Cup, one run in January and the other on New Year’s Eve in December, there was no 2017 Perth Cup.

The latest Perth Cup 2022 odds will be listed below complete with links to the markets at Ladbrokes.com.au for you to back the best Perth Cup Betting Tips at the hottest summer racing prices.

The 2022 Perth Cup field and barriers will be provided here the week of the race and published below once released by Perth Racing.

The Perth Cup 2022 final field features 16 summer stayers led in betting by the Grant & Alana Williams-trained Midnight Blue out to improve on a third in last season’s race.

The 2022 Perth Cup nominations will be published below as soon as available from Perth Racing.

The race has also undergone several distance changes starting as a two mile event to two miles and 11 yards and then 3200 metres and finally in 2009 it became a 2400m event.

The continued change of Perth Cup Day dates has a number of “double-up” editions. There were two official 2016 Perth Cups, one run in January and one in December the same as in 2011. That saw no running of the 2017 Perth Cup.

Owner Bob Peters enjoyed a record 10th Perth Cup victory in 2022 with the win by classy stayer Midnight Blue who improved on a third in the race the season prior.

See below for the Perth Cup results dating back to 2000.