The The Shorts (1100m) is a Group 2 race held at Royal Randwick in September for spring sprinters targeting later Group 1 features or The Everest. 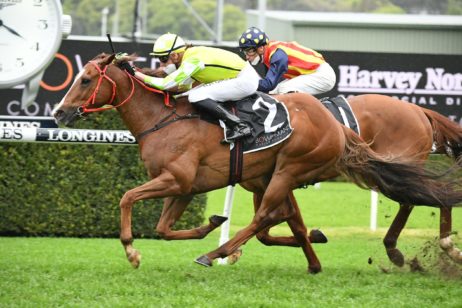 The Shorts is a quality Group 2 race held on George Main Stakes Day at Sydney’s Royal Randwick Racecourse. Taking place in  mid-September each year, the sprint is featured on the same card as four other Group races including the Group 1 George Main Stakes (1600m).

The Shorts is a short-distance sprint race over 1100m for horses aged three-year-olds and up at set weights plus penalties and is now worth a lucrative $500,000 in prizemoney.

Many runners kick off their Sydney Spring Racing Carnival campaign in The Shorts so looking for the star fresh performers is a good tip, while the best out of The Shorts results may go all the way to Flemington during the Melbourne Cup Carnival for a shot at the Group 1 VRC Sprint Classic (1200m) in November.

It is now also a key lead-up for sprinters contesting the $15 million The Everest (1200m), a restricted weight-for-age feature held back at Randwick in mid-October. In 2017 The Shorts winner Redzel went on to complete The Everest – VRC Classic double.

In 2020 the previous year’s The Shorts runner-up Classique Legend won the race and went on to become the latest horse to do The Shorts – The Everest double.

The Shorts 2021 took place on Saturday September 18, 2021 and was won by the previous season’s runner-up Eduardo.

Last year’s runner-up Eduardo ($5.50) improved fresh to take out The Shorts 2021 results in an upset over The Everest favourite Nature Strip ($2.10) and luckless third placegetter Gytrash ($10).

Click here to read more on the gripping narrow win by Eduardo in The Shorts 2021.

The top The Shorts 2021 betting odds and links to the markets at Ladbrokes.com.au will be available below the week of the race so stay tuned.

The Shorts 2021 field of final acceptances and barrier draw are released on the Wednesday of race week attracting the Sydney Spring Racing Carnival’s top sprinters. Many runners in The Shorts field contest the event first-up.

The official The Shorts 2021 Final Field & Barrier Draw will be published in full below once announced by Racing NSW.

A line-up of confirmed The Everest horses do battle in the 2021 The Shorts field including Chris Waller’s star sprinter Nature Strip and the returning Joe Pride-trained Eduardo.

Click here to read more on the key runners in The Shorts 2021 field and betting markets.

The Shorts is a time-honoured Sydney Spring Racing Carnival sprint race, first contested back in 1867. A number of standout short-distance gallopers have won The Shorts over history including most recently Hot Danish (2010), Terravista (2014) and Takedown (2016). For one year in 2011 the event was conducted at Rosehill over 1200m instead of the 1100m at Royal Randwick. It gained black-type (Listed) status in 1979 and was eventually upgraded to Group 3 and then Group 2 status, increasing the quality of contenders each season.

More recently the status of The Shorts race at Randwick was boosted by record-setting champ Redzel (2017) whose next run produced success in the inaugural running of The Everest. The Everest is the richest turf race in the world and Redzel went back-to-back in 2018.

The Shorts history on the 2018 winner Ball Of Muscle is also interesting with the sprint finishing runner-up in 2015, 2016 and 2017 before finally taking out the race at his fourth attempt.

Classique Legend completed The Shorts – The Everest race double in 2020.

In 2021 the previous year’s runner-up Eduardo went one better winning The Shorts in an upset over Nature Strip.