The Grafton Cup runs a Grafton Racecourse on a Thursday in mid-July and is the feature race conducted by the Clarence River Jockey Club each winter. 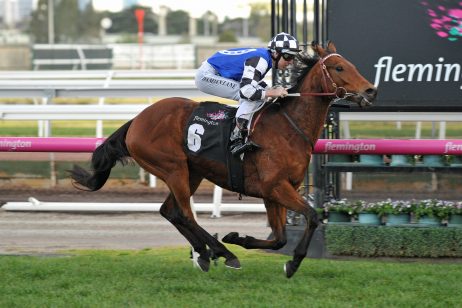 Conducted over 2350m, the Grafton Cup attracts a quality line-up of winter stayers and offers a total of $200,000 in prize money. The headline event of the two-day Grafton Cup Carnival, the black-type takes place on a Thursday and follows the Listed Ramornie Handicap (1200m) for the sprinters at the Grafton track on the Wednesday.

The winter’s latest Grafton Cup 2020 betting odds and market links to Ladbrokes.com.au will be available below leading-up to the race.

Sixties Groove ($3.50 in 2020) was the last favourite in Grafton Cup betting to salute for the punters.

The Grafton Cup field features plenty of graduates out of the Queensland Winter Racing Carnival events including the Listed Caloundra Cup (2400m) held a fortnight prior at the Sunshine Coast.

The official Grafton Cup 2020 Final Field & Barriers are set for release on the Monday of race week and will be published in full below.

Click here to read more on the leading chances in the Grafton Cup 2020 field and betting markets.

Update: #4 Frankely Awesome (16) has been scratched from the 2020 Grafton Cup field after drawing the outside barrier and will instead be saved for a benchmark race in Sydney Saturday week.

The Grafton Cup 2020 Nominations close the Thursday prior to the race, along with those for the Ramornie Handicap.

The Grafton Cup has long been an important part of NSW country racing. Since its inception, regional trainers have placed major emphasis on the race as one of the better staying events held outside of metropolitan areas. The Grafton Cup is held on the second Thursday of every July, a tradition that grants the CRJC a day with no competing black type events. The Wednesday prior to the Grafton Cup also boasts racing, forming a two day racing festival which is quite popular in the area. A half-holiday is granted throughout the shire on Grafton Cup Day.

In 2020 Sixties Groove made Grafton Cup history carrying a record 61kg to victory.

The Grafton Cup winners and results since 2000 are listed below.