The Group 1 Doncaster Mile, a 1600m handicap, is one of the feature races on The Championships Day 1 run at Royal Randwick in early April. 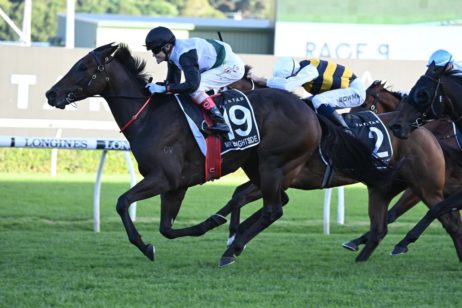 The Group 1 Doncaster Mile  is a 1600m handicap race for the best middle distance gallopers in the country. Held at Randwick Racecourse during the Sydney Autumn Racing Carnival, the race is also known as the Doncaster Handicap and is regarded as the equivalent of the spring’s Epsom Handicap.

The Doncaster Mile offers $3 million in prize money making it one of the richest races in the autumn and is open to all horses aged three years and over. With the threat of Coronavirus shutting down Australian racing, the 2020 Doncaster Mile prizemoney was reduced to $1.5 million, with the stakes back up to $3 million for the 2021 edition.

The Doncaster Mile is now held on the opening day of The Championships at Royal Randwick on an exciting race card that also features the Group 1 T.J. Smith Stakes (1200m), the Group 1 Australian Derby (2400m) and the Group 1 ATC Sires’ Produce Stakes (1400m).

In 2021 the Doncaster Mile ran on the second Saturday of April with all race meetings of the autumn in Sydney from Slipper Day onwards postponed a week due to the weather.

The 2022 Doncaster Mile ran on Saturday April 2nd, 2022 at Royal Randwick and was won in an upset by the Victorian raider Mr Brightside ($20) for Ben & JD Hayes.

Click here to read more on the upset win by Mr Brightside in the 2022 Doncaster Mile.

The Doncaster Mile is always one of the most popular betting events on the Australian racing calendar because of the open nature of the Group 1 event.

There has also been some notable upset Doncaster Mile results including back in 1985 when Row Of Waves won as a 100/1 shot and more recently the 2020 win by $41 outsider Nettoyer.

There was another upset in the 2022 Doncaster Mile with Mr Brightside saluting at 20/1.

Futures Doncaster Mile odds open months in advance of the race at online bookmakers including Ladbrokes.com.au offering punters an early chance to lock in their selections at generous all-in pricing.

Stay tuned for our insider Doncaster Mile 2022 tips and best bets on the classic this autumn to be updated below the week of the race.

Really hard to bet against this mare who is the richest vein of form and continues to rise to the occasions thriving on these mud Sydney tracks. It’s a Heavy (10) again for the Doncaster and she will be absolutely swimming in the conditions where plenty of others might struggle. She comes off three really strong wins including a 3.22 length win on a Heavy (10) here over 1400m in the Guy Walter with 58kg. Back-to-back Group 1 victories after that with 57kg at WFA in the Canterbury and George Ryder. She is so well-weighted here coming back to just 50kg! The only question is the big field, she only beat eight rivals her latest two and there could be a bit of a scrimmage here, but if she gets a clear run, she’ll be very hard to beat late. BACK DON’T SACK.

If you want to talk about those well-weighted, Converge has to be considered. This gun three-year-old from the Waterhouse/Bott stable gets in on only 49.5kg. A son of Frankel, he’s got a strong record at the track (4:2-0-2) including his Group 1 Randwick Guineas (1600m) win two back over the mile when beating home Anamoe. That superstar turned the tables in a big way in the Group 1 Rosehill Guineas (2000m) last time out, Converge beaten over six lengths second. Back to 1600m, dropping 7.5kg and no Anamoe in sight? Surely he’s a genuine chance also proven in the wet. EACH WAY.

If you’re not on the best three in betting there is huge value to be had in this year’s Doncaster. Of the longer-priced chances, Just Folk is ticking quite a few boxes at a nice price. The Josh Julius-trained five-year-old was very good in easier company last start coming from a mid-field position to defeat Ellsberg in Rosehill’s Group 2 Ajax Stakes (1500m) on a Heavy (9). He trialled well at Warwick Farm late last week behind Eduardo and also carries only 50kg. This is obviously tougher, but he is three-from-three on Heavy going and can surprise a few of these. PLACE CHANCE.

Ready to lock in your Doncaster Mile best bets at the right price? Click here for the latest markets, courtesy of Ladbrokes.com.au.

All-in Doncaster Mile odds 2022 provided by Ladbrokes.com.au at all-in pricing are listed below for you to back your early Doncaster Mile betting tips.

The Doncaster Mile form is always tough to analyse because there are generally horses coming from a variety of different form lines to contest the Group 1 event.

The George Ryder Stakes is considered the key form race, but in recent years Doncaster Mile winners have had their final lead-up race in events like the Group 1 Rosehill Guineas (2000m), the Group 1 Ranvet Stakes (2000m) and Group 2 Hobartville Stakes (1400m).

In 2022 the upset Doncaster Mile winner Mr Brightside came off a lead-up fourth in Melbourne’s $5 million The All-Star Mile (1600m).

The final Doncaster Mile field of acceptances is released by Racing NSW on the Tuesday before the race and features a capacity 20 starters.

The official 2022 Doncaster Mile field and barriers are due out on Tuesday March 29, 2022 and will be published in full below.

Check out our dedicated Doncaster Mile Field page for more on the nominations and acceptance stages of the race.

Click here to read more on the key runners in the Doncaster Mile 2022 field and betting markets.

The 2022 Doncaster Mile Nominations close at midday on Tuesday the 8th of February, 2022.

The Doncaster Mile 2022 first acceptances are released on Tuesday March 8, 2022.

First held in 1865 when Dundee took out the winning title. The race was officially changed to its current title of the Doncaster Mile in 2010 having previously been known as the Doncaster Handicap.

See below for a full list of the Doncaster Mile and Doncaster Handicap winners going back to 2000.