The Doomben Cup is the second Group 1 race of the Brisbane Winter Racing Carnival run over 2000m under weight-for-age conditions in May. The 2022 Doomben Cup was been moved to Eagle Farm Racecourse on Saturday May 28, 2022 and will ran over 2100m. 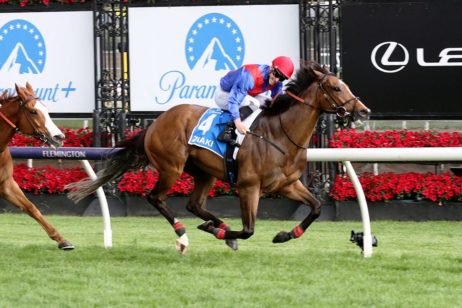 *Note: The Doomben Cup 2022 was moved from Saturday May 21 to Saturday May 28, 2022 due to heavy rainfall in Brisbane and now takes place at Eagle Farm Racecourse on Queensland Derby Day over an increased distance of 2100m.

Offering $1 million in prize money, the Group 1 Doomben Cup attracts a class field of local and interstate weight-for-age hopefuls. The best lead up race to the Doomben Cup is the Group 2 A.D. Hollindale Stakes (1800m) held two weeks earlier at the Gold Coast. The AD Hollindale Stakes / Doomben Cup double has been won by a number of horses over the years including most recently Streama (2014) and Zaaki (2021) who won the latter by seven lengths.

Zaaki returned as the $1.24 favourite in the 2022 Doomben Cup, but only managed to run third in a shock defeat behind Huetor.

Zaaki further franked the Doomben Cup form from 2021 going on to win not only that year’s The Q22 but also a host of races over the spring including the Group 1 Underwood Stakes – Mackinnon Stakes double in Melbourne. He also returned in the autumn of 2022 and claimed the $5 million The All-Star Mile (1600m).

The 2022 Doomben Cup ran on Saturday May 28, 2022 over 2100m at Eagle Farm Racecourse after being moved from May 21, 2022 due to heavy rainfall in Brisbane, and was won in a shock upset by Huetor ($16) with the beaten odds-on favourite Zaaki finishing third.

Peter & Paul Snowden’s progressive French-bred import Huetor ($16) was very good late, running down the inside to go past and defeat the beaten odds-on favourite Zaaki ($1.24) who weakened to finish third in a shock 2022 Doomben Cup result at Eagle Farm.

Click here to read more on the big win by The Q22-bound Huetor in the Doomben Cup 2022.

Zaaki ($2.25 in 2021) was the last favourite in Doomben Cup betting to salute for the punters and the first since the mare Streama (2014). Zaaki returned in 2022 as the $1.24 Doomben Cup favourite but ran a disappointing third as Huetor won in an upset at Doomben Cup odds of $16.

The Doomben Cup field attracts a class field of weight-for-age winter racing hopefuls each season, many coming off the AD Hollindale Stakes run at the Gold Coast earlier in the month. A number of gallopers in the Doomben Cup field are coming off a run during the Sydney Autumn Racing Carnival and races like the Doncaster Mile and Queen Elizabeth Stakes at Randwick during The Championships have provided a number of Doomben Cup winners in recent years.

Zaaki (2021) was the last horse to complete the AD Hollindale Stakes – Doomben Cup double. After winning the 2022 Hollindale, Zaaki finished third in that year’s Doomben Cup results as Huetor improved on lead-up fourth in the same Gold Coast event to win the Group 1 in Brisbane in a boil-over.

The official Doomben Cup 2022 Field & Barriers are set for release on the Tuesday of race week and will be published in full below once announced by Racing Queensland.

Click here to read more on the key horses in the rescheduled 2022 Doomben Cup field and betting markets.

The season’s early Doomben Cup 2022 nominations are set to be taken on a Tuesday in early May a couple of weeks out from Doomben Cup Day and will be provided below as soon as released.

First won by Pentheus in 1933, the Doomben Cup’s greatest horse has been Rough Habit with three consecutive wins from 1991 to 1993.

In 2021 the favourite Zaaki won the Doomben Cup by a record seven lengths before returning to finish a disappointing third as the beaten $1.24 favourite in 2022.

In 2022 the Doomben Cup was moved to Eagle Farm Racecourse a week after to run over 2100m on Queensland Derby Day due to heavy rainfall and unsafe racing conditions at Doomben.