Running on Stradbroke Handicap Day in June, the Group 1 Queensland Derby is a staying race for three-year-old horses held during the Brisbane Winter Racing Carnival. 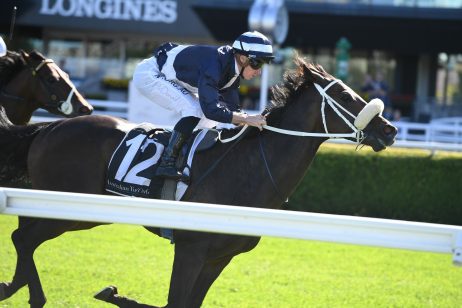 The Queensland Derby is a traditional 2400m event held at Eagle Farm Racecourse, or in recent years sister track Doomben due to the poor conditions at the Farm, each June as part of the Brisbane Winter Racing Carnival. The Group 1 set weight event is specifically for three year old horses and offers $600,000 in prize money.

For the 2017 and 2018 Queensland Derby the race ran at Doomben Racecourse over 2200m due to the unsuitable track conditions at Eagle Farm.

The Queensland Derby brings a lot of interstate horses that may have previously contested the Group 1 ATC Derby (2400m) in Sydney over the autumn. The best lead-up races are the Group 3 Rough Habit Plate (2000m) at Doomben and the Group 3 Grand Prix Stakes (2200m) in May. Brambles (2012) and Hawkspur (2013) were the last horses to complete the Rough Habit Plate – Queensland Derby double.

The 2019 Queensland Derby ran on Saturday June 8, 2019 and was won by the beaten SA Derby favourite Mr Quickie.

Mr Quickie atoned for his third as the beaten SA Derby favourite last start dominating the 2019 Queensland Derby results with a class win as the punters’ pick. He held off Vow And Declare on the line and survived a subsequent protest by the second-placed jockey – Damien Oliver – to hold onto the Group 1 success. It was trainer Phillip Stokes’ first Group 1 success for the stable since relocating from Adelaide to Pakenham (VIC) and handled jockey John Allen with his fifth Group 1 winning ride for the season.

The winter’s best Queensland Derby 2019 odds and betting market links to Ladbrokes.com.au will be made available below leading up to the Group 1 mile and a half classic.

The Queensland Derby field attracts a top line-up of both local Brisbane-trained three-year-olds and interstate visitors chasing the riches in Queensland over the winter. Proven stayers with form over the 2200m – 2400m often line-up in the QLD Derby field with gallopers having previously run in races like the SA Derby in Morphettville, a race that produced the 2015 Queensland Derby winner Magicool (4th) and the 2018 champ Mr Quickie (3rd).

The official Queensland Derby 2019 Final Field & Barriers are set for release the Wednesday leading-up to Stradbroke Handicap Day and will be published in full below.

The 2019 Queensland Derby Field is now out featuring a capacity 18 starters plus five emergencies. Race favourite Nobu has drawn out wide in barrier 13 for the mile-and-a-half classic. The SA Derby placegetter Mr Quickie is sure to be a firmer in Queensland Derby betting at Ladbrokes.com.au after coming up trumps in barrier five.

Read more on the top Queensland Derby 2019 contenders after the field & barriers.

Update: The 2019 Queensland Derby field now features the John Sargent-trained first emergency Home Made, coming off a Grand Prix Stakes third, after the scratching of gun ATC Oaks placed filly Scarlet Dream. In a blow for connections who saved Scarlet Dream from the Queensland Oaks in favour of a Derby run, the Mark Newnham-trained daughter of Sebring was scratched from the Derby on Saturday morning after injuring herself in a track gallop.

The official 2019 Queensland Derby nominations close on a Tuesday in early May followed by first acceptances for all the Group 1 races on Stradbroke Handicap Day.

The Queensland Derby 2019 first acceptances close in late May as a final cut to the list of potential runners in the Group 1 staying showdown before the final field is announced the following week.

First run in 1868 in Gayndah, the Queensland Derby was won by Hermit. Three years later, in 1871, the race was moved to Eagle Farm in Brisbane and has remained there ever since except for 2017 and 2018 when held over 2200m at Doomben Racecourse.

Although the race was not held from 1873-77 and again in 1942-45, the Queensland Derby has been won by many legendary horses including Tulloch in 1957, Kingston Town in 1980 and Rough Habit in 1990. When the Queensland Derby was held twice in 1870, Grafton proved just how good a horse he was by winning both races.