The Ladbrokes Manikato Stakes is a Group 1 sprint held at Moonee Valley on the Friday night before the Cox Plate in late October. 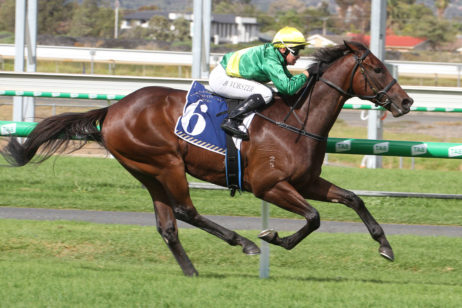 The Group 1 Ladbrokes Manikato Stakes is one of the premier weight-for-age races held at Moonee Valley Racecourse in Victoria during the annual Melbourne Spring Racing Carnival. Named after the superb sprinter Manikato, the race offers $1 million in total prize money and is raced under the lights on the Friday night before Cox Plate Day in late October.

Check out the official Ladbrokes Manikato Stakes 2021 Results & Finishing Order below once the $1 million sprint takes place at The Valley on the eve of Cox Plate Day.

The latest Ladbrokes Manikato Stakes 2021 odds on the field of star sprinters facing off under the lights at Moonee Valley on the Friday night before Cox Plate Day will be listed below complete with links to the markets at race sponsor Ladbrokes.com.au so you can lock in your Manikato Stakes tips as soon as betting opens.

Top Manikato Stakes betting tips include looking for Group 1 performers with previous experience at the tight Moonee Valley circuit, backing the Moir Stakes graduates from earlier in the season and looking for horses that have finished in the money in the Manikato Stakes results from previous years.

The Manikato Stakes field attracts a star-studded line-up of spring sprinters, many of which are proven Group 1 performers. Horses that contested Sydney’s Group 1 TJ Smith Stakes (1200m) during the autumn often target the Manikato Stakes in the spring.

Following a run in the Manikato Stakes field horses may target the Group 1 VRC Classic (1200m) down the Flemington straight over the Melbourne Cup Carnival, a race the 2015 Manikato winner Chautauqua ran second in.

The 2021 Ladbrokes Manikato Stakes field and barrier draw is released on the Tuesday of race week and will be published in full below as soon as announced.

The Manikato Stakes 2021 final field is now out with 13 runners including a bumper four for the Ciaron Maher & David Eustace stable led by undefeated filly Sneaky Five. Updated Manikato Stakes betting markets have the Group 1 The Goodwood winner Savatoxl as narrow favourite from gate 8 on the back of a first-up Group 2 Schillaic Stakes victory.

Click here to read more on the key runners in the Ladbrokes Manikato Stakes 2021 field and betting markets.

Early nominations for the Manikato Stakes in 2021 close on a Friday two weeks’ out from the race and will be updated in full below once confirmed.
The 2021 Manikato Stakes nominations attracted 32 sprinters including three horses running in the previous Saturday’s $15 million The Everest: Trekking, Wild Ruler and Masked Crusader.

Inaugurated in 1968 as the Freeway Stakes, the race became the Manikato Stakes in 1984. The event was first won by Winfreaux and then in 1979 and 1982 Manikato claimed the race as his own. Manikato went on to win the William Reid Stakes five years in a row. In a total of 49 career starts, the legendary horse managed 29 wins and 13 places. In 1984 Manikato died from an illness and was buried at the Moonee Valley racecourse.

The Manikato Stakes has produced several WS Cox Plate winners including Sunline in 2000-01, Dane Ripper in 1997, Rubiton in 1987 and Strawberry Road in 1983.

The Annabel Neasham-trained Zaaki will seek atonement for his last start flop...

The inaugural field of fillies and mares facing off in this Saturday’s $2...

A quality field of 14 stayers chasing a start in the great Melbourne Cup race...

A quick back-up into the $5 million Ladbrokes Cox Plate could be on the cards...

A terrific late run by Art Cadeau set the crowd alight on The Everest Day as...

Gunstock was firing on all cylinders getting a lovely soft run before...