The Tancred Stakes is a weight-for-age Group 1 run over 2400 at Rosehill Gardens in March over the Sydney Autumn Racing Carnival formerly known as The BMW. 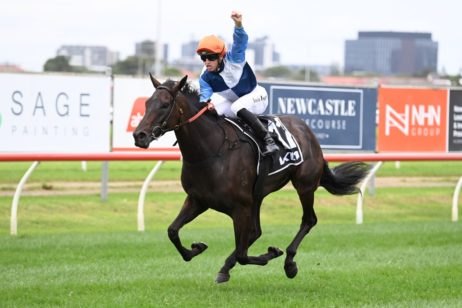 The HE Tancred Stakes – formerly The BMW –  is one of Australia’s richest weight-for-age events that is run as part of the esteemed Sydney Autumn Racing Carnival. Taking place the week before “The Championships” at Royal Randwick Racecourse traditionally run over the first two Saturdays in April, The BMW is one of two Group 1 races held on the day*. The other Group 1 event is the Vinery Stud Stakes (2000m) for three-year-old fillies.

The HE Tancred Stakes is a staying event run over a distance of 2400m and is worth $1.5 million in prize money. Runners in the race may have previously contested other Melbourne & Sydney Autumn Racing Carnival events including the Group 1 Ranvet Stakes (2000m) in March at the same track, which has been a good guide to the race formerly known as The BMW in recent years offering the winner a Tancred Stakes ballot exemption.

Horses to take out the Ranvet Stakes – Tancred Stakes double include Avilius (2019), Silent Achiever (2014), Manighar (2012), Tuesday Joy (2008), Eremein (2006) and Tie The Knot (2000). The Tancred Stakes attracts the finest competitors locally, interstate and from overseas as well with New Zealand raiders often having a strong presence in the race.

Quality horses who perform well in the Tancred Stakes often continue on to compete in some of the high status races held later in the year in spring both at the Sydney and Melbourne Spring Racing Carnivals.

The Tancred Stakes winner is exempt from ballot for the upcoming Queen Elizabeth Stakes and Sydney Cup.

In 2022, the Tancred Stakes ran on Monday the 28th of March at Newcastle after being moved from abandoned Rosehill meeting the Saturday prior due to unsuitable Heavy track conditions and was won in runaway fashion by the favourite Duais ($2.40F).

Click here to read more on the runaway last-to-first win by Duais in the 2022 Tancred Stakes.

The Races.com.au team’s insider Tancred Stakes betting tips will be available below the week of the race.

A comprehensive Tancred Stakes Form Guide Analysis & Betting Preview will be available the week of the race – check it out by following the link!

The Tancred Stakes is one of the most popular betting races during the Sydney Autumn Racing Carnival because favourites have an excellent record in the Group 1 event.

The latest 2022 Tancred Stakes betting odds complete with market links to Ladbrokes.com.au will be provided below.

The 2022 Tancred Stakes field is released Racing NSW on the Wednesday before the race and generally attracts weight-for-age horses out of either Melbourne’s Australian Cup or Sydney’s Ranvet Stakes.

The Tancred Stakes 2022 final field features a smart line-up of weight-for-age runners led by the Australian Cup trifecta – Duais (1st), Think It Over (2nd) and Spanish Mission (3rd) who renew rivalries on Monday at Newcastle.

Click here to read more on the key runners in the 2022 Tancred Stakes field and betting markets.

The 2022 Tancred Stakes nominations are announced on the Monday before the race and can feature around 20 or more early weight-for-age hopefuls.

The 2022 Tancred Stakes nominations will be available below as soon as released on March 21, 2022.

First run in 1963, the inaugural HE Tancred Stakes race was won by Maidenhead. The event was originally a principal race run over 12 furlongs. For one year in 1964 the race was held over 10 furlongs, before reverting back to 12 furlongs the following year. In 1973 the distance was converted to 2400m and then in 1980 the BMW Stakes reached Group 1 status. This event has been known under a number of different names.

It is officially registered as the H E Tancred Stakes, In honour of the Sydney Turf Club’s former Chairman Henry Eugene Tancred, but was best known as The BMW from 2002 – 2017 due to sponsorship.

In 2022 the Tancred Stakes was moved from Rosehill on Saturday the 26th of March to Newcastle on Monday the 28th of March due to unsafe Heavy track conditions and rainfall.

The BMW Stakes winners and The BMW results dating back to 2000 are listed in the table below on the race now known as the HE Tancred Stakes.