The Underwood Stakes is held in Melbourne on a Sunday in September as a key lead-up to the Caulfield Cup. 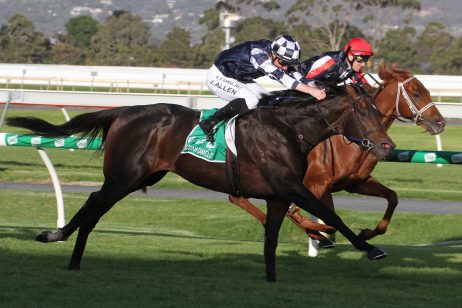 The Underwood Stakes is a Group 1 race run during the renowned Melbourne Spring Racing Carnival in late September or early October on the Sunday following Sydney’s Golden Rose Stakes.

The feature event of Underwood Stakes Day, this 1800m race is run under weight-for-age conditions and is worth $750,000 in prize money. It is traditionally run on a Sunday, but for 2020 took place on a Saturday.

The Underwood traditionally takes place at Caulfield Racecourse, but in 2021 will run at Ladbrokes Park Hillside (Sandown).

Key lead-up races to this event that Underwood Stakes runners may come via include the Dato Tan Chin Nam Stakes (1600m) at Moonee Valley, the  Makybe Diva Stakes (1600m) at Flemington a fortnight before and the Memsie Stakes (1400m) in August.

The Underwood Stakes is the first weight-for-age race run over a distance greater than 1400m and provides horses with an excellent opportunity to step up their race distance in preparation for the 2000m and 2400m events to follow. This race is definitely worth keeping an eye on as it has been a solid guide to the Caulfield Cup and Cox Plate in recent years.

In 2020 the Underwood Stakes winner Russian Camelot went on to run third in that year’s Cox Plate trifecta.

Horses that ran well in lead-up races like Moonee Valley’s Feehan Stakes and the Memsie Stakes dominate the Underwood Stakes betting markets each spring. Favourites at the top of the Underwood Stakes odds on race day however have a poor recent record with the only ones to salute for the punters since So You Think (2010) being Black Heart Bart (2016) and Russian Camelot ($1.55 in 2020). Black Heart Bart incredibly won the race again three years later as a $101 roughie in 2019.

The season’s top Underwood Stakes 2021 odds and betting market links to Ladbrokes.com.au will be provided below as soon as released.

The 2021 Underwood Stakes nominations are released by Racing Victoria on the Monday of race week and will be published in full below once announced.

Whittier was the inaugural Underwood Stakes winner in 1924 and followed up this success claiming victory the next year as well. The event began as a principal race run over eight furlongs. For one year in 1943 the distance was decreased to seven furlongs, but went back to the original length the next year. That year, in 1944, there was two runnings of the race, with both Amana and Tea Cake seeing victory. In 1949 the length was increased to nine furlongs and then a few years later in 1954 another distance jump saw the event raced over 10 furlongs. With Australia’s adoption of the metric system, the race was converted to 2000m in 1972 and not long after in 1979 the event was elevated to Group 1 status. In 1994, the distance was cut to 1800m and has remained the same through until today.

Underwood Stakes results and winning times since 2000 are provided below.