The Todman Stakes is a Group 2 race held at Randwick Racecourse as a Golden Slipper lead-up during the Sydney Autumn Racing Carnival. 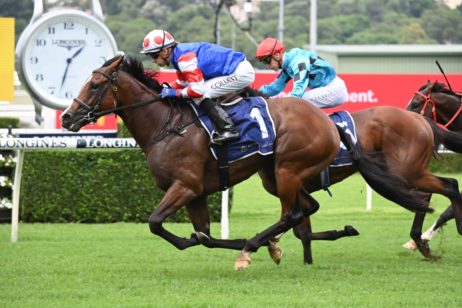 The Todman Stakes, also known as the Todman Slipper Trial, is an exciting Group 2 race held as part of the coveted Sydney Autumn Racing Carnival. Taking place on Randwick Guineas Day in early – mid March at Royal Randwick Racecourse, the Todman Stakes is a traditional lead-up to the Group 1 $5 million Golden Slipper (1200m) at Rosehill Gardens.

Worth $300,000 in prize money, the Todman Stakes is run over the sprint distance of 1200m and is for two-year-old colts and geldings at set weights. The Todman Stakes winner is exempt from Golden Slipper ballot and recent horses to complete the double include Farnan (2020), Vancouver (2015) and Pierro (2012).

Leading up to the Todman Stakes two-year-olds may run in the previous weekend’s Group 2 Skyline Stakes (1200m) on Chipping Norton Stakes Day, and before the Golden Slipper the following week’s Group 3 Pago Pago Stakes (1200m) at Rosehill is a nice lead-up for Todman Stakes graduates.

Anamoe won the 2021 Todman Stakes before a next-up Golden Slipper second and subsequent Group 1 Inglis Sires’ victory. He also took out the spring’s Group 1 Caulfield Guineas (1600m) over the mile before a controversial second when narrowly denied victory in the Group 1 Cox Plate (2040m).

The Gary Portelli-trained colt Sejardan ($2.50F) proved too good for his rivals late returning to winning form with an impressive victory in the 2022 Todman Stakes results ahead of his shot at the $5 million Golden Slipper on March 19.

Click here to read more on the eye-catching Todman Stakes 2022 win by Sejardan.

The latest Todman Stakes 2022 odds and betting market links to Ladbrokes.com.au on the Golden Slipper Stakes lead-up race this weekend will be available below the week of the race.

The Todman Stakes field attracts the best young two-year-old colts and geldings seeking a run in the coveted Golden Slipper Stakes field in a fortnight’s time at Rosehill Gardens, and are released by Racing NSW  the Wednesday before Randwick Guineas Day.

The official 2022 Todman Stakes field and barriers will be published in full below once announced.

A small but promising line-up of Golden Slipper-bound youngsters faces off in the Todman Stakes 2022 final field this Saturday with markets led by Golden Gift winner Sejardan racing second-up after a third when resuming in the $2 million Inglis Millennium behind Xtravagant Star.

Early Todman Stakes nominations for 2022 close the Monday of race week and will be published here once confirmed.

After being scratched on race day eve from the Blue Diamond Stakes last week, the undefeated Lofty Strike could chase a consolation prize in Sydney being among the key 2022 Todman Stakes nominations for Saturday at Royal Randwick.

The Todman Slipper Trial was inaugurated in 1973 with Imagele claiming victory in the first race. It began as a principal race run over 1200m, and although the distance has remained the same, the status of the event has increased. It was elevated to a Group 3 status in 1980 before finally being installed as a Group 2 race in 1986. The race has taken place at a number of Sydney’s racecourses over the years including Rosehill Gardens, Canterbury Park and its current home at Royal Randwick Racecourse.

In 2020 Gai Waterhouse celebrated her incredible eighth Todman Stakes win with Farnan with the horse going on to also salute in that year’s Golden Slipper Stakes results.

The full Todman Stakes results going back to 2000 are listed in the below table.