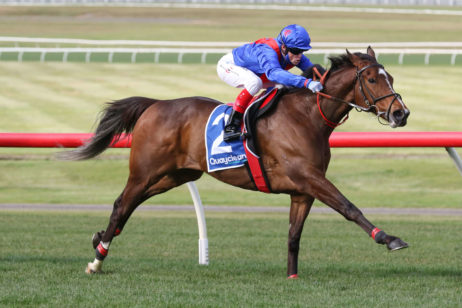 Sandown Racecourse, also called Betfair Park, is part of the Melbourne Racing Club and is the only metropolitan racecourse that was built in the 20th Century. It was first opened in 1965 by the Victoria Amateur Turf Club and acts as both a thoroughbred racing and steeple racetrack.

Located just 25km from the Melbourne CBD, Sandown is a superb racecourse featuring two different racetracks. Hillside is the larger of the two with a 2087m circumference and a 407m straight. Lakeside also has a 407m straight but with a smaller 1857m circumference. The anticlockwise track has a steep rise in the home straight to the winning post which suits stronger finishers.

In 1997, Sandown established a quarantine centre due to the increase in overseas horses attending the Melbourne Spring Racing Carnival. The Racecourse also underwent major renovations in 1999 and one of the major changes was to the Sandown Cup. The feature race of the track was renamed the Sandown Classic and was changed from a handicap race to a weight-for-age race with an increased amount of prize money.

The Sandown Classic is now a Group 2 weight-for-age race for horses aged 2 year old and over. Taking place a week after the Emirates Stakes Day, it is a 2400m race worth $350,000. The Sandown Guineas is also a Group 2 race however it is a 1600m set weight race for 3 year old horses. To many racing experts it is regarded as the last prestigious race of the season. The last major race held at the track is the Sandown Stakes, a Group 3 quality race for horses aged 4 years old and over. Worth $100,000 it attracts a good group of sprinters and milers for the 1500 metre race distance.

Here are your transport options if you want to know how to get to Sandown Racecourse:

The nearest train station is Sandown Park Station on the Cranbourne or Pakenham Lines, and the racecourse is right next to the train station. Visit the Metlink website to plan your journey to Sandown Racecourse.

Sandown Racecourse is located on Princes Hwy in Springvale, about 20kms south east of the Melbourne CBD. It will take you about 30 minutes to get to Sandown along the Monash Freeway.