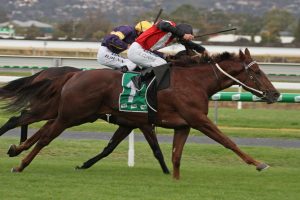 The 2019-20 Perth Summer Racing Carnival is held at Ascot Racecourse in Perth, Western Australia. It runs from late October to early January and incorporates a host of race meetings. Three days of the Perth Summer Racing Carnival, which is also known as the Ascot Summer Carnival, are part of the Festival Of Perth Racing, which features the biggest races hosted during the summer season at Ascot.

Ascot Racecourse is reserved exclusively for Perth’s summer racing season; the winter races, including the Perth Winter Racing Carnival, are held at the alternative venue of Belmont Park Racecourse. The Summer Carnival is intensely popular and attracts visitors from all corners of Australia, as well as a large number of international visitors.

The annual Festival of Perth Racing incorporates some of the biggest race days of the Summer Racing Carnival at Ascot Racecourse. The first day of the festival is Railway Stakes Day, the second is Winterbottom Stakes Day and the final day is Kingston Town Classic Day.

Held in early November around the second Saturday of the month this race meeting is headlined by the:

The features races on this meeting serve as good lead-up races to the upcoming Group 1 Perth races. The best out of the Colonel Reeves will back-up a fortnight later in the Winterbottom Stakes field vying for a share in a million dollars prize money. The RJ Peters Stakes graduates may back-up the following Saturday over a mile in the Railway Stakes, also worth $1 million.

Railway Stakes Day is held in mid-November and offers plenty of Black-Type races for punters to enjoy a summer bet at through Ladbrokes.com.au. Formerly this race meeting was host to two Group 1 races, but from 2016 onwards Perth Racing spread out the state’s features across three massive weekends.

Originally the Winterbottom Stakes was run on the same day as the Railway Stakes, but from 2016 Perth’s premier sprint race now has its own race meeting to headline. It is the only Group status race on the program and is accompanied by the $100,000 Listed Tattersall’s Cup (2100m).

The marquee race at this meeting is the:

The Ted Van Heemst Stakes was formerly known as the CB Cox Stakes.

As the final day of the Perth Racing Summer Carnival, Perth Cup Day offers a great day of racing and punting. The Perth Cup Day date has changed a number of times in recent seasons. It was traditionally held on New Year’s Day, but has recently run the first week of January.

There were also officially two 2016 editions of the Perth Cup as it was moved again for the 2016-17 Perth Summer Racing Carnival taking place on New Year’s Eve, December 31.

Of course the meeting’s feature race is the:

The Listed Scenic Blast Stakes (1100m) is an exciting sprint event worth $100,000 raced under quality conditions and open to horses aged three years and older; run in late January or early February on the last day of the Perth Summer Festival of Racing.