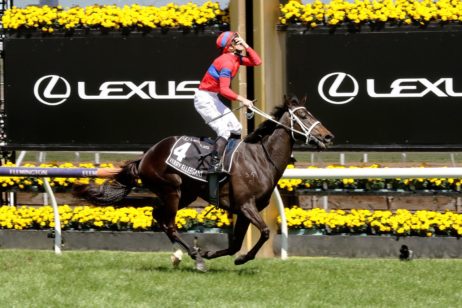 Melbourne Cup Day is the single biggest event on the Australian horse racing calendar as it is host to the country’s premier thoroughbred event, the Group 1 $8 million Melbourne Cup (3200m).

Sponsored by Lexus, Melbourne Cup Day 2021 is scheduled for Tuesday November 2, 2021 and is the second of four major meetings that make up the classic Melbourne Cup Carnival.

The most popular race to enjoy a punt on on the first Tuesday of November is of course Flemington Race 7 – the Melbourne Cup field featuring a capacity 24 stayers from around the world.

Melbourne Cup Day nominations close the Wednesday of the previous week with the Melbourne Cup Day race fields announced the Friday before Victoria Derby Day on the first Saturday of November.

That is of course except for the Melbourne Cup. View our official Melbourne Cup Field page for all the information on when entries and the final acceptances for the ‘Race That Stops a Nation’ are taken.

What Time Does The Melbourne Cup Run?

Along with Melbourne Cup Day on the Tuesday, which attracts in excess of 100,000 spectators at the track, race fans and punters are also treated to another midweek event with VRC Oaks Day for the ladies on the Thursday.

A total of ten Melbourne Cup Day races will take place this year with the 2021 Melbourne Cup the sole Group 1 event on the program.

The premier event is of course the world’s richest handicap, the Melbourne Cup, which runs as Flemington Race 7 at 3:00pm (AEDT) every Melbourne Cup Day.

Remember you don’t have to wait until Melbourne Cup Day to place your bets on the world’s richest handicap as Ladbrokes.com.au have the hottest Melbourne Cup pre-nomination odds open all year!