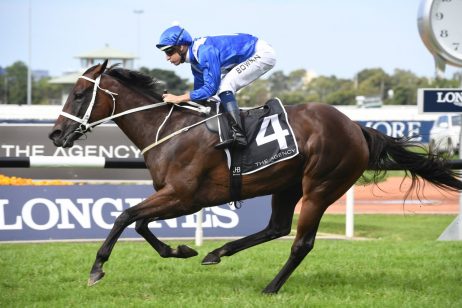 The Queensland Winter Racing Carnival follows the autumn racing action held in Sydney and Melbourne and the first notable meeting runs in late April. The Queensland Group races of the season then kick off with Group 2 Victory Stakes Day in late April.

The Group 2 races across the winter season in Queensland include the:

The racing clubs involved in the Queensland Winter Racing Carnival are:

Ipswich Cup Day in the west of Brisbane is conducted in mid-late June one week before Tattersall’s Tiara Day and is headlined by three Listed features, most notably the $175,000 Listed Ipswich Cup (2150m) that may attract Brisbane Cup graduates from the previous weekend.

The Group 3 Tattersall’s Cup is worth $200,000 in prize money and is competed by horses which have previously raced in the earlier Brisbane lead-up races. Run over a 2200m distance, the open handicap event attracts strong staying type horses.

The Group 3 WJ Healy Stakes is a 1200m sprinting event which is worth $175,000 in prize money and is the other key Tattersall’s Tiara Day support race.

Following the Brisbane winter racing action wrapping up with Tiara Day, gallopers may continue onto the Sunshine Coast in early July for Caloundra Cup Day featuring the Group 3 Sunshine Coast Guineas (1600m) for three-year-olds. The meeting’s unofficial headline event is the Listed Caloundra Cup (2400m) run over the mile and a half, while the Listed Glasshouse Handicap (1400m) gives the winter sprinters a final shot at black-type glory before heading to the paddock before a spring return.

Sunshine Coast racing returns to Caloundra Racecourse a fortnight after Caloundra Cup Day with two Listed features on the schedule. The $150,000 Listed Queensland Cup (3200m) is a genuine two mile cup race for the dour stayers, while the Listed Tattersall’s Mile (1600m) is a handicap event for the middle-distance gallopers.