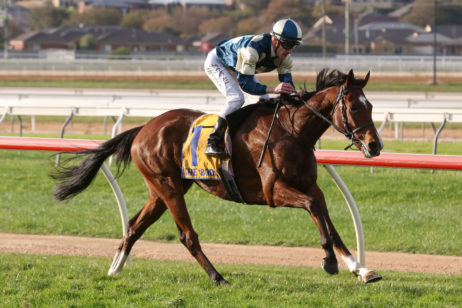 The Warrnambool Cup is the most anticipated race on the annual Warrnambool May Racing Carnival calendar in Victoria. Run over a staying distance of 2350m, the Warrnambool Cup field attracts a quality line-up of black-type gallopers from mainly local Melbourne-based stables and offers $300,000 in total prize money.

The Warrnambool Cup, traditionally held on the first Wednesday or Thursday in May, is one of Australia’s most renowned country races and it often attracts punting volumes far and above the average Listed status race.

Horses who compete in the Warrnambool Cup often have a decent season behind them already and are looking to wrap up their racing in the southern half of the country before either spelling for winter or heading north for the Brisbane Winter Racing Carnival.

The 2022 Warrnambool Cup ran on Thursday May 5, 2022 at Warrnambool Racecourse, known as The ‘Bool’, and was won in an upset by the in-form Chris Hyland-trained Witchachar Star ($9).

The season’s top Warrnambool Cup 2022 betting odds and market links to Ladbrokes.com.au will be available for punters below the week of the race.

Too Close The Sun ($2.50 in 2020) was the last favourite in Warrnambool Cup betting to salute for the punters.

The Warrnambool Cup field attracts a strong line-up of stayers to The ‘Bool each May, many coming off lead-up runs out of the Sydney Autumn Racing Carnival races including the Group 2 Chairman’s Quality Handicap (2600m) run at Randwick over ‘The Championships’.

Plenty of the gallopers in the Warrnambool Cup field have contested previous editions of the race and there are also plenty of strong Victorian lead-up races to follow into the popular Listed feature including the Terang Cup (2150m) in mid-April. Too Close The Sun (2020) was the last horse to complete the Terang Cup – Warrnambool Cup double.

The Warrnambool Cup 2022 Final Field & Barriers will be announced below the week of the race.

Early nominations for the Warrnambool Cup in 2022 are announced a week out from the race and will be available below once released.

The Warrnambool Cup had its inaugural run in 1873, when Villiers was first past the post after a gruelling 3200m run. The race distance has changed several times over the years, and today sits at an acceptable staying distance of 2350m, less than the renowned Melbourne Cup distance of 3200m.

The Warrnambool Cup winners and results going back to 1970 can be found in the table below.