The Everest is the world's richest turf race in the world with $15 million in prize money on offer for the Royal Randwick feature run on the same Saturday as Melbourne's Caulfield Cup. 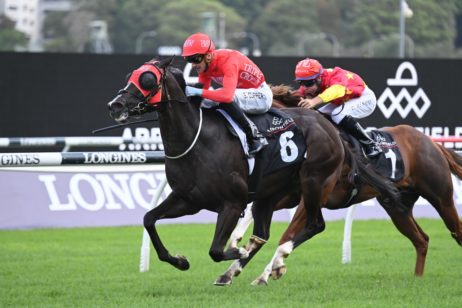 The Everest is the richest turf race in the world with $15 million in prize money now on offer in the restricted Royal Randwick event run annually on a Saturday in October as the new highlight of the Sydney Spring Racing Carnival.

Racing NSW announced the inaugural edition of The Everest would take place in 2017 as Sydney look to compete for the racing community and punters’ attention with the Melbourne Spring Racing Carnival and the event proved a huge success.

The Everest is now Australia’s richest race surpassing the Group 1 $8 million Melbourne Cup (3200m) held on the first Tuesday of November at Flemington.

Contested over 1200m The Everest race is a weight-for-age sprint showdown open to local and international connections who “buy” their way into the race paying a $600,000 entry fee to have a runner in The Everest field.

The incredible The Everest prize money on offer is funded from this hefty entry fee as well as other event-generated events.

The Everest now competes with the Melbourne sprint races running around the same time of the season including Moonee Valley’s Group 1 Manikato Stakes (1200m) and serves as a gun lead-up to Flemington’s Group 1 VRC Sprint Classic (1200m) held on the last day of the Melbourne Cup Carnival in November.

The Everest ran for the first time in 2017 and was won by Redzel who went on to win the VRC Sprint Classic in Melbourne next race.

Redzel successfully defended in title in 2018 to become the first back-to-back The Everest winner in the same way the mighty Archer won the opening two editions of the Melbourne Cup (1861-62).

Redzel attempted a three-peat but only managed to run eighth behind three-year-old Yes Yes Yes in the 2019 The Everest results that saw a new track record set by the young champion.

For the 2019 edition of The Everest the prize money was boosted to $14 million and another prize money increase in 2020 saw the event offer an unprecedented $15 million in stakes!

In 2020 jockey Kerrin McEvoy secured his third The Everest success in the race’s four-year history riding the previous season’s sixth placegetter Classique Legend to victory. Classique Legend ($4.20 in 2020) became the first The Everest favourite to salute for the punters.

In 2021 trainer Chris Waller won the race for a second time when the favourite Nature Strip ($3.70) saluted for the punters at his third attempt in the event.

The race is now part of a wider The Everest Carnival that has a host of special condition races taking place across Sydney with over $48 million in prize money being awarded.

The Everest date has also been moved back and it now runs on the same day as the $5 million Caulfield Cup (2400m) in Melbourne.

The Everest Day also features another Special Condition feature race with the $1.3 million The Kosciuszko open only to NSW country-trained horses.

Each year The Everest results also determine the race name for the Winners Stakes, a million feature run at Rosehill on the same day as Melbourne’s VRC Derby.

The Everest odds are led by proven Group 1 winning sprinters that have previous form in past editions of The Everest race and those who dominated the autumn features including the Group 1 TJ Smith Stakes (1200m) that takes place at the same track – distance.

Odds on The Everest horses also firm as slot-holders confirm their runners.

Classique Legend ($4.20 in 2020) started the shortest-priced The Everest favourite and became the first to win the event.

CLICK HERE FOR THE LATEST ALL-IN 2022 THE EVEREST ODDS

Stay tuned for our  insider The Everest 2022 betting tips and exotic Randwick spring racing selections on the country’s richest race.

The spring’s The Everest field features the best sprint horses from Australia and abroad competing for the incredible prize money on offer including the millions on offer to The Everest winner.

Connections must pay a whopping $600,000 entry fee to have their horse run in the capacity 12-starter The Everest field, meaning the sprinters on show come from the richest owners and stables able to afford the cost of having a runner.

Racing NSW and the Australian Turf Club sell 12 slots in The Everest field each year that can be traded or that the owners of which can enter into a partnership with a non-slot holding connection to make up the final field.

The Everest 2022 race field will be confirmed on Tuesday October 11, 2022 and published below as soon as available.

Stay tuned below as the 12 slots in The Everest Field are filled, the confirmed horses and jockeys along with the slot-holders to be listed below as positions are announced leading up to the race.

Yulong Investments are giving Joe Pride’s evergreen veteran Eduardo a third shot at the $15 million. The champion will be nine-years-old when he lines-up in the world’s richest turf race this spring looking to improve on his third to Nature Strip last year.

The Snowdens famously won the opening two editions of The Everest with Redzel (2017-18) and are in with a livewire shot at a third trophy in 2022 with emerging young star Mazu. The rising four-year-old emulated Redzel in winning Brisbane’s Group 1 Doomben 10,000 (1200m) on May 14, proving why he had secured one of the early slots in The Everest field.

Champion sprinter Nature Strip is back for his incredible fourth run in The Everest and defends his title after a 2021 victory. Out to emulate the race’s only dual champion to date, Redzel, Nature Strip franked The Everest form out of the spring going on to secure a record-equalling third Group 1 TJ Smith Stakes victory at the track/distance in the autumn.

Another returning The Everest contender, Masked Crusader was excellent last year narrowly going down when second to Nature Strip in the $15 million feature. Unplaced in his four subsequent runs, but he was the first horse to secure a slot in the sixth edition of The Everest.

The Everest is now the richest turf race in the world with $15 million in total prize money on offer. Prize money in The Everest race is paid down to 12th giving all runners in the field a share in the stakes.

A horse in The Everest results would need to run fifth to pay back the $600,000 entry fee for connections.

The first ever The Everest results and inaugural The Everest winner was decided when the then $10 million took place in October of 2017, Redzel making history with his impressive victory.

For the second edition of The Everest race, the Australian Turf Club (ATC) and Racing NSW increased the overall prize money to an incredible $13 million and Redzel was back in winning form posting back-to-back wins in The Everest.

The Everest history was made for the third running in 2019 with three-year-old Yes Yes Yes defeating a field of seasoned sprinters to set a new track record.

The records continued in the 2020 edition with jockey Kerrin McEvoy winning his third The Everest aboard Classique Legend, the horse the first favourite to get the job done.

Waller won his second The Everest trophy in 2021 with Nature Strip.