The WATC Derby (2400m) is a Group 2 event held at Ascot Racecourse in April each autumn racing carnival. 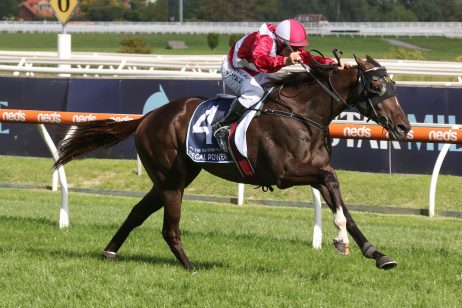 The WATC Derby (Western Australia Turf Club Derby) is a Group 2 thoroughbred race at the Ascot Racecourse in Perth during the Perth Autumn Racing Carnival in April each year, usually on the same day as the All Aged Stakes and Champagne Stakes Group 1 races at Randwick. Raced over the traditional derby distance of 2400m, it is an event for three-year-olds at set weights and is worth $320,000.

The WATC Derby was worth half a million dollars before being demoted from Group 1 status in 2011.

As Perth’s leading staying race for three-year-olds, the WATC Derby attracts a highly competitive field of quality runners, both locally and interstate. The WATC Derby – also known as the Western Australian Derby – was one of only three Group 1 races held at Perth; the others being the Railway Stakes (1600m) and the Kingston Town Classic (1800m), but was downgraded to a Group 2 status event so the Winterbottom Stakes (1200m) could gain elite level status in 2011.

Regal Power (2019) was the last three-year-old to complete the WATC Derby – Railway Stakes double. He went on to frank the form in Melbourne the following autumn with a second in Flemington’s Group 1 Australian Cup (2000m) and a win in the second edition of the $5 million The All-Star Mile (1600m).

As the highly prestigious Sydney Autumn Carnival is taking place around the same time in New South Wales, many of the topline gallopers will be there contesting races like the Australian Derby and Australian Oaks. The WATC Derby winner, therefore, is usually an above average but not elite horse from a local Perth-based stable.

The season’s latest WATC Derby 2020 odds and betting market links to Ladbrokes.com.au will be available below.

Female runners in the WATC Derby field will likely have raced in the Group 3 WA Oaks (2400m) the week before or the Group 3 WA Champion Fillies (1600m) in February, so look for the dominant fillies in these set weight races as an indication for the WATC Derby as well as those gallopers that have proven themselves able to last the 2400m distance. Tuscan Queen (2020) was the last filly to complete the WA Oaks – WATC Derby double.

The official 2020 WATC Derby field will be announced below once final acceptances close on the Tuesday of race week.

First run in 1888 when Harridan claimed victory, the WATC Derby is one of the oldest and most prominent races in Perth. Beginning as a Principal race run over 12 furlongs, the race distance was converted into 2400m in 1972. It reached Group 1 status soon after in 1979 and 1987 is the only time in its long history when the race was not held.

The WATC Derby was downgraded back to a Group 2 event in 2011. The fillies have a strong recent record in WATC Derby history including wins by Delicacy (2015), Arcadia Dream (2016) and Tuscan Queen (2020).

The full list of WATC Derby winners and placegetters going back to 2000 are found below.