The Apollo Stakes is a 1400m sprint held during the Sydney Autumn Racing Carnival at Royal Randwick. 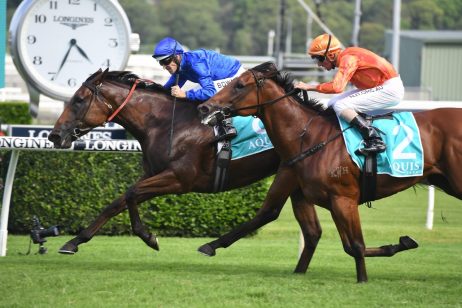 The Apollo Stakes 2021 betting odds and market links will be published the week of the race so stay tuned.

The Apollo Stakes field attracts a quality line-up of autumn horses, many of which are kicking off their campaigns with an eye on bigger races including the Chipping Norton Stakes or the George Ryder Stakes.

The 2021 Apollo Stakes field and barriers are set for release on Wednesday February 10, 2021 and will be published below.

The 2021 Apollo Stakes nominations will be published below as soon as released by Racing NSW on February 8, 2021.

The first recorded win of the Apollo Stakes was in 1977 by Visit. Originally held at Royal Randwick Racecourse, the event was moved to Rosehill in 2005.

The most notable recent Apollo Stakes winner was Winx (2016, 2017, 2019) who went on to make history winning the Cox Plate a record four times. Trainer Chris Waller also took out the race in 2018 when Endless Drama enjoyed a Winx-free event to salute for the stable.

See below for the Apollo Stakes results dating back to 2000.