The Robert Sangster Stakes is a Group 1 race for fillies and mares held at Morphettville in South Australia in early May. 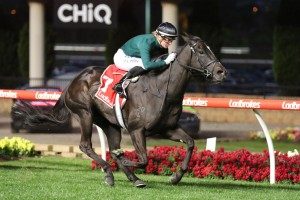 The Robert Sangster Stakes is one of only four Group 1 races held in South Australia at Morphettville Racecourse as part of the esteemed Adelaide Autumn Racing Carnival.

The Robert Sangster Stakes is the elite fillies and mares event of the carnival and is run under weight-for-age conditions. Raced over a sprint distance of 1200m the event is now worth a lucrative $1 million in total prize money. In 2020 the event was worth a reduced $400,000 due to COVID-19.

The contending females may have just contested the Group 3 RN Irwin Stakes (1100m) previous month at the Morphettville track, so keep an eye on the dominant fillies and mares in this other weight-for-age event. Driefontein (2014) was the last mare to do the RN Irwin Stakes – Robert Sangster Stakes double.

As the premier fillies and mares’ race in Adelaide, the event attracts all the best local gallopers and quite often an impressive interstate female will make the trip and claim victory in the Robert Sangster.

The most famous Robert Sangster Stakes winner was the world’s highest-rated mare Black Caviar who took out the 2012 edition in her Adelaide debut.

Local horseman Will Clarken celebrated the biggest win of his career with the stable’s $20,000 bargain buy – tried mare Bella Vella – posting a gutsy all-the-way win at $41 odds in the 2020 Robert Sangster Stakes results. She held off a fast-finishing former Blue Diamond champion in Lyre ($11), while Bam’s On Fire ($19) rounded out a juicy trifecta. In fourth at $151 was the race roughie Amberdi, while the beaten favourite Sunlight dropped right out to finish dead last.

The latest Robert Sangster Stakes 2020 odds including futures all-in betting on the Adelaide Group 1 autumn race will be available below as soon as markets are out at Ladbrokes.com.au.

There were huge $41 Robert Sangster Stakes odds on offer for the upset 2020 champion Bella Vella.

The official 2020 Robert Sangster Stakes field and barriers are set for release on Tuesday April 28, 2020 and will be published in full below as soon as announced.

The Robert Sangster Stakes 2020 final field features a capacity line-up of fillies and mares including the early favourite Sunlight drawn wide in barrier 16.

Click here to read more on the Sunlight-led Robert Sangster Stakes field for 2020.

The Robert Sangster Stakes nominations for the now $1 million race close the week prior and attract a better class of mares each season attracted to the big prize money on offer as an end-of-autumn run or as a nice lead-up into the Brisbane Winter Racing Carnival.

The Robert Sangster is one of the younger Australian thoroughbred races, first run in 1983 when Ranee’s Palace claimed victory. The race distance has remained the same from the inaugural race, but the status and race name have seen a number of changes. It began as a special race but became a listed race the next year in 1934. Two years later it gained Group 3 status until 2004 when it was installed as a Group 2 event. The following year in 2005 it became a prestigious Group 1 event. Originally registered and known as the Swettenham Stud Stakes, the race was renamed when it received Group 1 status as the Robert Sangster Stakes in honour of the legendary owner and breeder Robert Sangster who passed away the year before in 2004.