The BTC Cup is now known as the 2019 Kingsford Smith Cup and takes place in late May in Brisbane as a lead-up to the Stradbroke Handicap. 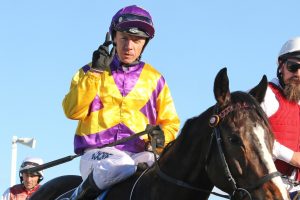 The  BTC Cup is now known as the Kingsford Smith Cup and is no longer the first Group 1 race held at the Brisbane Winter Racing Carnival. Instead, since 2017, it runs a fortnight after its former spot on the carnival line-up and has been moved from Doomben Racecourse to Eagle Farm. For the 2013 running of the BTC Cup the race was moved to neighbouring Eagle Farm Racecourse in a bid to lure Black Caviar to the event and this track has been the race’s permanent home since 2017.

Many top horses, usually locally-trained, have run and won the BTC Cup over the years but none as notable as the mighty Black Caviar who travelled to Queensland to take out the classic over Hay List back in 2011 attracting a capacity crowd at Doomben decked out in her famous salmon and black polka dot colours.

In 2018 the Kingsford-Smith Cup took place over 1350m distance back at Doomben Racecourse due to the ongoing issues at Eagle Farm and was won by the previous year’s Stradbroke Handicap champ Impending.

The Kingsford Smith Cup 2019 results saw Tony Pike’s New Zealand visitor The Bostonian retain his undefeated record in Queensland, the last start Doomben 10,000 winner doing the Brisbane Group 1 double having snuck by the punters again as a double-figure shot. The Bostonian beat home the brave mare Princess Posh who was a genuine roughie in betting despite having previous Group 1 form in Sydney, while race favourite Trekking finished third.

Read more on the outstanding 2019 Kingsford Smith Cup victory by the Doomben 10,000 winner The Bostonian.

Formerly the BTC Cup – the Kingsford Smith Cup 2019 betting odds on the hopeful winter sprinters plus market links to Ladbrokes.com.au will be detailed below as soon as released.

Stay tuned for our comprehensive 2019 Kingsford Smith Cup Form Guide & Preview on all the horses in the mix for the weight-for-age Group 1.

The Kingsford Smith Cup Field – formerly the BTC Cup – is set to attract a class line-up of local and interstate sprinting talent heading towards the Stradbroke Handicap a fortnight later back at Eagle Farm Racecourse. Since 2017, the Kingsford Smith Cup field features gallopers coming off a lead-up run in the Doomben 10,000 two weeks prior.

The official Kingsford Smith Cup 2019 field and barriers are announced  by Racing Queensland on the Wednesday of race week and once released will be published in full below.

The 2019 Kingsford Smith Cup Final Field attracted a full 18 competitors including Tony Pike’s last start Doomben 10,000 winner The Bostonian out to do the Group 1 winter double, while Ciaron Maher & David Eustace have accepted for their Champagne Classic winning two-year-old Dubious.

2019 Kingsford Smith Cup Field Update: The Godolphin galloper Home Of The Brave (17) was scratched from the Group 1 in Brisbane on Friday afternoon due to an elevated temperature leaving trainer James Cummings with two chances – race favourite Trekking and smart colt Encryption.

The 2019 Kingsford Smith Cup nominations close on a Tuesday in early May over three weeks out from the race, followed by first acceptances later in the month.

The race now known as the Kingsford Smith Cup was inaugurated in 1964 as the J.T. Delaney Quality Handicap and has always played a part of the Brisbane Winter Racing Carnival. It has undergone a host of name changes over the years including the BTC Cup, which it was known as from 2004 – 2016. In 2017 a rescheduled Queensland winter program saw the race name changed to the Kingsford Smith Cup. It also moved from Doomben Racecourse to Eagle Farm Racecourse and the distance was upped from 1200m to 1350m.

The event began as a Principal Race and was elevated to its current Group 1 status in 2006 when Gee I Jane took out top honours. A host of talented sprinters have won the BTC Cup over the years including Apache Cat (2008), Black Caviar (2011) and Malaguerra (2016). The last back-to-back BTC Cup winner was Buck’s Price (1993-94).