A star-studded line-up of confirmed and hopeful The Everest horses will do battle in the 2021 The Shorts field at Randwick on Saturday including the Chris Waller-trained favourite Nature Strip. 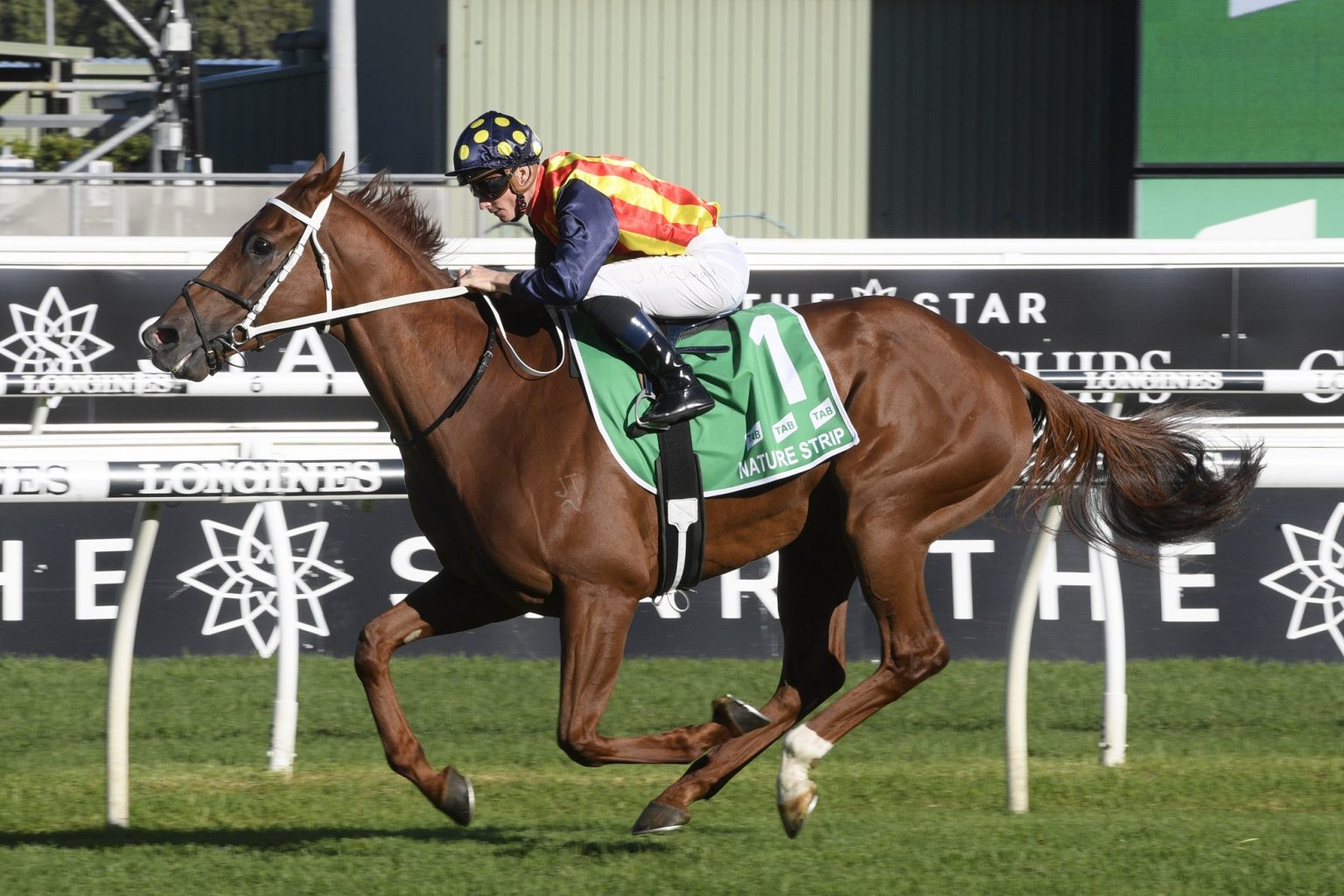 The Everest-bound Nature Strip heads a quality 2021 The Shorts field in Sydney on Saturday. Steve Hart.

Nicconi seven-year-old Nature Strip is one of eight remaining sprinters in this year’s Group 2 $500,000 The Shorts (1100m) field following the early withdrawal of the Peter & Paul Snowden-trained Wild Ruler who will instead be saved for Friday week’s Group 1 Moir Stakes at The Valley.

Six of the eight left in the mix have already secured one of the 12 slots in this season’s coveted $15 million The Everest (1200m) held back at the track on October 16 with only Saturday’s two triple-figure roughies Handle The Truth and Adelong yet to earn a call-up for the world’s richest turf race.

Nature Strip leads all-in The Everest odds at $4.40 through Ladbrokes.com.au and is also the firming $2.35 favourite to salute for the punters in The Shorts second-up.

The $8 million earner kicked off his spring with a runaway win carrying 60.5kg to victory in the Group 3 Concorde Stakes (1000m) on September 4 at his third attempt.

He now contests The Shorts for the first time ahead of third run in The Everest.

Nature Strip ran fourth to stablemate Yes Yes Yes in the 2019 The Everest and finished a disappointing seventh last year to Classique Legend, but is expected to come away victorious for Chris Waller Racing in 2021.

In what is a simply outstanding edition of The Shorts field, five other runners are under double-figures for the win including the $4.60 second elect Masked Crusader.

The Michael, Wayne & John Hawkes-trained galloper is drawn a treat in gate two with Joshua Parr to ride the Toronado gelding second-up.

Winner of the Group 1 William Reid Stakes in Melbourne during the autumn before a second to Nature Strip in the Group 1 TJ Smith Stakes over ‘The Championships’, Masked Crusader was very good first-up winning Caulfield’s Group 3 The Heath 1100 with 60kg.

He was odds-on that day and handled the big weight to win fresh ahead of his return to Sydney for The Shorts and then The Everest where he will race for regular slot holders Max Whitby & Neil Werrett.

The other major danger occupying the third line of The Shorts betting at $5.50 is the returning Robert Heathcote-trained Queenslander Rothfire to be ridden by Tim Clark from gate five.

Winner of the Group 1 JJ Atkins over a mile in Brisbane as a two-year-old, the now four-year-old son of Rothesay races for the first time in a year in his highly-anticipated return from injury.

Rothfire won his three-year-old debut in Sydney’s Group 2 The Run To The Rose this time last year before things went amiss when he ran fourth as the beaten odds-on favourite in the 2021 Golden Rose.

Injury has seen him sidelined since, but reports from the stable and his The Everest slot holder James Kennedy are that the young horse has come back in fine fettle.

Rothfire has had two lead-up trial wins at Doomben and Heathcote is eager to get his star back to the track this weekend on George Main Stakes Day.

“From the day he got injured I said we’ll get him back, we’re going to aim high, we’re going to take them all on and prove to everybody that not only he’s back but that he still has that Group 1 ability he had prior to the injury,” he said.

The other confirmed The Everest horses running in The Shorts are the rails-drawn Gytrash ($8) who ran third in last year’s The Everest trifecta, Joe Pride’s returning The Galaxy – Doomben 10,000 double winner Eduardo ($8.50) and the John O’Shea-trained Lost And Running ($8.50).

The Shorts is set to run as Randwick Race 8 at 3:55pm (AEST) on Saturday with full markets thanks to Ladbrokes.com.au available in full here.