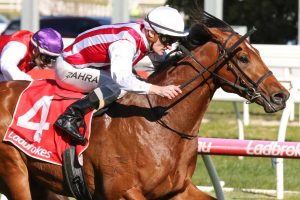 Run under set weights with penalties conditions, the HDF McNeil Stakes is worth a total of $160,000 prize money.

Hosted at Caulfield Racecourse in Melbourne, the HDF McNeil Stakes forms an important part of the Melbourne Spring Racing Carnival.

Held on Memsie Stakes Day, the McNeil Stakes shares its race program with a number of other black-type events. Other races held on the same day include:

Scheduled at the outset of the Spring Racing Carnival, the McNeil Stakes play an important role in guiding form understanding for the remainder of the year.

The HDF McNeil Stakes also serves as a good lead-up race for three-year-olds looking to step-up in distance to a mile for the Thousand Guineas and Ladbrokes Caulfield Guineas races at Caulfield later in the spring.

The HDF McNeil Stakes 2019 ran on Saturday August 31, 2019 and was won by the Anthony Freedman-trained Super Seth.

The HDF McNeil Stakes 2019 Results were dominated by trainer Anthony Freedman who prepared the quinella, race favourite Super Seth defeating his stablemate King Of Hastings by 1.25 lengths in a potential lead-up to November’s Group 1 Coolmore Stud Stakes (1200m) over the Melbourne Cup Carnival.

The 2019 McNeil Stakes field of final acceptances will be published in full below once announced by Racing Victoria on the Wednesday leading-up to Memsie Stakes Day.

Update: The 2019 HDF McNeil Stakes field is down to 8 after the scratching of the Ciaron Maher-trained Dubious (1) who also came out from Sydney’s San Domencio Stakes field.

The HDF McNeil Stakes was inaugurated in 1989 and has continued to provide excellent racing action ever since. Good Old Ted took out the first edition of the McNeil Stakes, and since then several renowned horses have seen success.

Originally called the HDF McNeil Quality, the race name was changed for the 2005 edition to its current form. Up to and including 2005 the McNeil Stakes was raced over 1100 metres. Since 2006 it has remained at its current distance of 1200 metres. The McNeil Stakes was granted listed status in 1991, which it held until being upgraded to Group 3 in 1999. The race has remained a Group 2 event since then.