The CF Orr Stakes kicks off Group 1 racing during the Melbourne Autumn Racing Carnival in February. 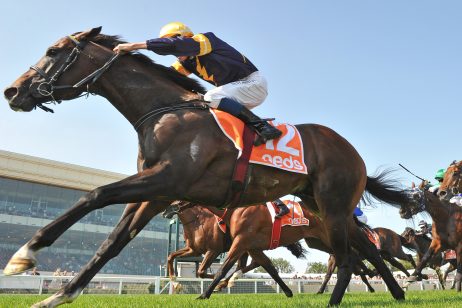 The CF Orr Stakes is a Group 1 race, the first of the calendar year, held at Melbourne’s Caulfield Racecourse in early to mid February. This Melbourne Autumn Racing Carnival event is a weight-for-age race run over 1400m and is worth $500,000 in prize money.

The ideal lead-up race into the CF Orr Stakes field is Moonee Valley’s Group 2 Australia Stakes (1200m) that produced six winners from 2011-2020 including champion mare Black Caviar (2012) who did the double.

The next-up option for most CF Orr Stakes horses is a return to the same track and distance a fortnight later for the Group 1 Futurity Stakes (1400m), a double last completed by Black Heart Bart (2017).

The latest CF Orr Stakes 2021 betting odds provided by race sponsor Ladbrokes.com.au will be available below complete with market links as soon as released.

The CF Orr Stakes field attracts a star-studded line-up of early autumn weight-for-age horses, many graduates out of the Australia Stakes run the month prior at The Valley. After contesting the CF Orr Stakes, horses often head towards the Futurity Stakes and then the Group 1 Australian Cup (2000m) at Flemington on Super Saturday.

The 2021 CF Orr Stakes Final Field & Barrier Draw will be published below as soon as released by Racing Victoria on February 3, 2021.

The 2021 CF Orr Stakes nominations are released the Monday before the race and will be published in full below as soon as available.

From 1925, when The Night Patrol won the first CF Orr Stakes, until 1992 the event possessed Group 2 status. Between 1925 and 1942, the CF Orr Stakes was a weight-for-age race with penalties however this was then changed to handicap conditions until 1945.

Originally an eight furlong race (approx. 1600m); the CF Orr Stakes also underwent various location changes. Between 1925 and 1940, the race was held at Williamstown Racecourse. In the 1940s, it was switched between Moonee Valley and Flemington and in 1966 and 1996, it took place at Sandown Racecourse.

Seven three-year-olds have won the CF Orr Stakes with Alabama Express (2020) the latest, the colt emulating his sire Redoute’s Choice (2000) from 20 years earlier.