Last year’s winning trainers Grant & Alana Williams are back in force for the Kingston Town Classic 2019 field this weekend saddling-up four starters in the million-dollar feature including the favourite Tuscan Queen. 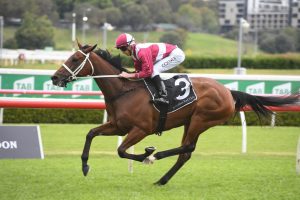 Twelve months on and another of their three-year-old fillies is tipped to salute in the weight-for-age classic with Tuscan Queen leading the Kingston Town Classic odds at Ladbrokes.com.au on the final field.

There are sixteen confirmed horses in the Kingston Town Classic field at Ascot this Saturday and WA’s ace jockey William Pike is booked to ride the $3.60 top fancy Tuscan Queen.

Pike rode last year’s Kingston Town Classic winner to victory and was also aboard the fellow Grant Williams-trained Perfect Reflection when she became the first ever filly to win the event in 2015.

Dubbed the Wizard of the West, Pike is also chasing the Railway Stakes – Kingston Town Classic double for Team Williams after his success in the first leg aboard Regal Power a fortnight back.

Fastnet Rock filly Tuscan Queen heads into the race on Saturday having won three of her four career starts to date, most recently defeating a field of her own kind on November 16 in the Group 3 WA Champion Fillies Classic (1600m).

She now faces a tough test taking on the older horses, but drops from 55.5kg last time out to just 50kg on the weekend.

The other runners from the stable in the mix on Saturday are the aforementioned Railway Stakes winner Regal Power, Mississippi Delta coming off a lead-up win in the Group 3 RJ Peters Stakes (1500m) and three-year-old Sebring gelding Superstorm.

Regal Power occupies the second line of betting at $7.50 and is out to be the first winner of the Railway – Kington Town Classic double in a single season since Sniper’s Bullet (2009).

With Pike on Tuscan Queen, Regal Power will be ridden in the Kingston Town by Damien Oliver who won coincidently won 2009 edition on that year’s Railway Stakes winner Sniper’s Bullet.

Kay Cee is bred to win being a daughter of Parnham’s dual Kingston Town Classic winner Playing God (2010-11) and is one of two in the race for the stable along with talented four-year-old Platoon.

Parnham goes into the event with an edge of confidence in Kay Cee who carries the same lightweight as the favourite Tuscan Queen, who she defeated in the Listed Burgess Queen Stakes before running third in the WA Champion Fillies Classic.

“I think the three-year-olds look pretty well suited and maybe the fillies a little more than the colts,” he told Racenet.

“It’s shaping as a good race and I am certainly not underestimating the older horses. I am not saying an older horse can’t win but just think the three-year-olds get into this well.

“I don’t think there is a lot between Kay Cee and Tuscan Queen.

“They’ve beaten each other once each this prep and I expect my filly to run well again.”

See below for the final Kingston Town Classic 2019 field and jockeys, the barrier draw to be announced on Tuesday evening, with odds on the race available here courtesy of Ladbrokes.com.au.