The Cox Plate Carnival kicks off under the lights at The Valley on Friday night with the twilight meeting headlined by an open edition of the Group 1 $1 million Ladbrokes Manikato stakes (1200m). 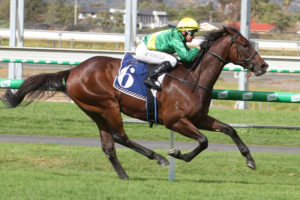 Thirteen sprinters are engaged in this year’s Manikato Stakes 2021 final field and it is anyone’s race after the non-acceptance of all-in favourite Paulele.

The Kuroshio six-year-old returned to winning form first-up on October 9 with a narrow victory in Caulfield’s Group 2 Schillaci Stakes (1100m) and he now steps back up to elite company fit second-up for his first run at Moonee Valley.

Savatoxl pays $4 to do the Schillaci Stakes – Manikato Stakes double in the same year for the first time since Gold Edition (2007).

Buffering also won both races but on separate years with his Schillaci Stakes win coming in 20212 and the Group 1 in 2013.

Currie chases his third Manikato Stakes victory for the McEvoy’s with the hoop having ridden Hey Doc to victory for the horse’s two victories three years apart in 2017 and last year.

Along with the narrow favourite the stable has also accepted for the resuming Despatch who is the 100/1 outsider in the race.

Following Savatoxl in Manikato Stakes betting are three other single-figure fancies including Ingratiating who as eased out slightly to $6 from $5.50.

The James Cummings-trained Frosted colt is best known for his third to Stay Inside in the Group 1 Golden Slipper as a two-year-old.

He won the Group 3 Vain Stakes first-up before a second in Black-Type company at Flemington, but was disappointing last time out when a well-beaten ninth in the Group 2 Danehill Stakes (1200m).

Ingratiating carried 58.5kg that day and comes right down to 53kg in the Manikato.

The flying I Am Invincible five-year-old Lombardo ($7) and undefeated Sneaky Five ($8) round out the hopes under $10 for the win.

The gelding stepped-up in grade for a Listed win at Caulfield last time out taking his record up to six from 10 and, although this is a notable rise in class again, the horse is undefeated at the distance (3:3-0-0) and a previous Moonee Valley winner.

She is right down in weights to just 51kg after carrying 57kg to her three-quarter length victory fresh, and is also a proven Moonee Valley performer having won her debut at the track last Cox Plate Day in the $500,000 Inglis Banner (1000m).

Sneaky Five is one of four in the race for the Ciaron Maher & David Eustace stable whose other runners are: the rails-drawn Bella Nipotina ($12) who never runs a bad race, Not A Single Doubt filly Crystal Bound ($15) and former top-line filly Away Game ($26).

Pride Of Dubai four-year-old Bella Nipotina comes off a third only a quarter-length off Savatoxl in the Schillaci and she is a three-time placegetter from four previous Moonee Valley runs.

She has not run worse than third in her last five and looks genuine value again in the Manikato.