2021 Melbourne Cup Day continues the racing action of Victoria’s premier racing carnival today, Tuesday November 2, and below the Races.com.au team will be updating the live Flemington race results for Melbourne Cup Day across the afternoon. 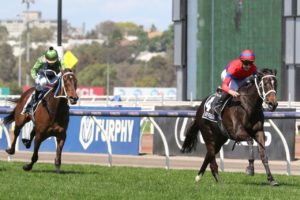 See how your Melbourne Cup Day bets go and find out at 3:00pm (AEDT) which horse is the 2021 Melbourne Cup winner when Incentivise lines-up as the one to beat in the 161st edition of the ‘race that stops a nation’!

The John O’Shea-trained Quantico has won the last on Melbourne Cup Day, jockey Kerrin McEvoy riding the lightly-raced five-year-old to victory in the Listed MSS Security Sprint with the horse coming off back-to-back Sydney wins. McEvoy went back-to-back in the race having won aboard Exhilarates in 2020.

Trainer Mitchell Freedman celebrated his 200th win with his progressive Puissance De Lune colt Spirit Of Gaylard improving on a Moonee Valley Vase fifth to win the penultimate event on the Melbourne Cup Day race card in a solid performance. 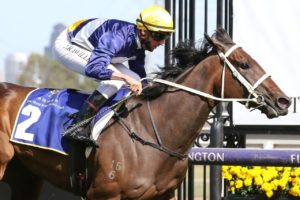 The Trent Busuttin & Natalie Young-trained Rich Hips improved on a string of unplaced recent runs to charge up the inside late and secure back-to-back wins successfully defending her title in the Group 3 The Hong Kong Jockey Club Stakes one race after the Melbourne Cup at Flemington. 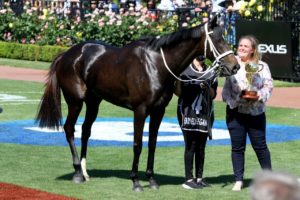 Verry Elleegant was brilliant winning the 161st edition of the Melbourne Cup in 2021 for Chris Waller. Photo: Steve Hart.

Chris Waller’s Australian Racehorse of the Year Verry Elleegant has won the 2021 Melbourne Cup becoming just the 12th individual mare to do so. The champion Zed six-year-old was forgotten by the punters, but stormed clear the final furlong to defeat short-priced favourite Incentivise by 3.5 lengths, with Andrew Balding’s UK raider Spanish Mission a brave third. 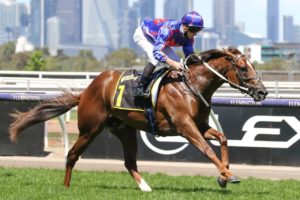 Exciting sprinter Profiteer was too quick winning down the straight at HQ on Cup Day. Photo: Ultimate Racing Photos.

The Mick Price & Michael Kent Jnr sprinter Profiteer was too slick for his rivals down the Flemington straight saluting in The Schweppervescence Trophy results over the 1000m in a tick over 57 seconds. Jockey James McDonald got on the board ahead of his ride on Verry Elleegant next-up in the Melbourne Cup and looked in control for most of the race with a front-running performance. Nicely-bred Capitalist colt Profiteer now looks to have the Group 1 autumn sprints back at HQ calling next time in with races like the Black Caviar Lighting and Newmarket Handicap on the cards. Profiteer held off Direct (2nd) without a concern, while the filly Enthaar was brave in her first-up third. 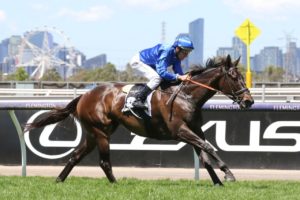 Damien Oliver another gem of a ride in the famous Royal Blue of Godolphin hitting the front inside the final furlong aboard the former French galloper Lackeen to win race five on Melbourne Cup Day. First-up on the big stage, the horse relished the wider Flemington track and step-up to 1400m winning for just the second time in 11 career starts. Oliver drove through the final stages to hold go past Frankie Pinot and salute, with Blondeau also making up ground from the back to run third. 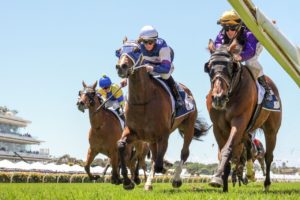 The John Moloney-trained Written Tycoon four-year-old Milton Park enjoyed back-to-back Listed wins, the runaway last start Sale Cup winner enjoying an all-the-way victory in the Furphy Plate 2021 results on Melbourne Cup Day. Further franking the form out of the Seymour Cup, the horse ran third to subsequent Kennedy Cantala fourth-placed Mr Brightside there two back. In a brave performance at Flemington, Milton Park held on to defeat Skyman who chased him the entire length of the straight but could not wear down the winner. The Maher/Eustace stable ran third with Charleise. 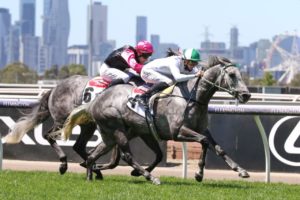 Jockey Blaike McDougall made it back-to-back wins on Melbourne Cup Day ahead of his first ride in the ‘race that stops a nation’ aboard Carif at 3:00pm (AEDT) this afternoon. He saluted late in perfectly-timed ride aboard Excelman in the 2021 Subzero Handicap results, the popular greys’ only race of the Carnival. The Richard Laming-trained Reliable Man gelding had a touch of class about him first-up celebrating his first win at 1400m after hitting the front inside the final 50m ahead of potential tougher targets over the summer. Naval Envoy held for second, while Standoff was the eye-catching flashing home for third. 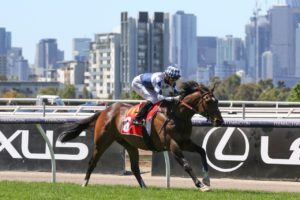 Trainer Matt Cumani enjoyed a small consolation prize in a staying race on Cup Day after this morning’s scratching of Future Score from the Melbourne Cup field on vet’s advice. It was a demolition job in race two as Galileo six-year-old Team Captain, last start winner of the Hamilton Cup, raced to the lead 200m out and won running away by three of four lengths. It was the horse’s third win on the trot and second for Cumani having previously been prepared by Ben & JD Hayes. The Chris Waller-trained Accountability ran second with Good Idea third for Phillip Stokes. The Flemington Race 2 results also got jockey Blaike McDougall on the board early ahead of his ride on Carif for Team Snowden in the Melbourne Cup. 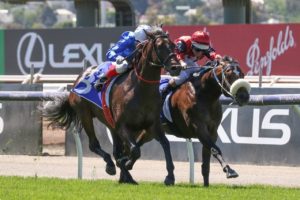 It was a thrilling photo-finish to kick off racing on Melbourne Cup Day with the Peter Moody-trained Brereton just getting the bob over the Godolphin-raced Renosu to win the 2021 Maribyrnong Plate. Stablemate to today’s short-priced Melbourne Cup favourite Incentivise, Zoustar colt Brereton franked the form out of Caulfield’s Listed Debutant Stakes (1000m) improving on his lead-up second there to break his maiden status second-up on the big stage. The James Cummings-trained Renosu was third in the same race. The only other non-debutant in today’s event, Sepoy colt Lascars also prepared by Cummings ran third.