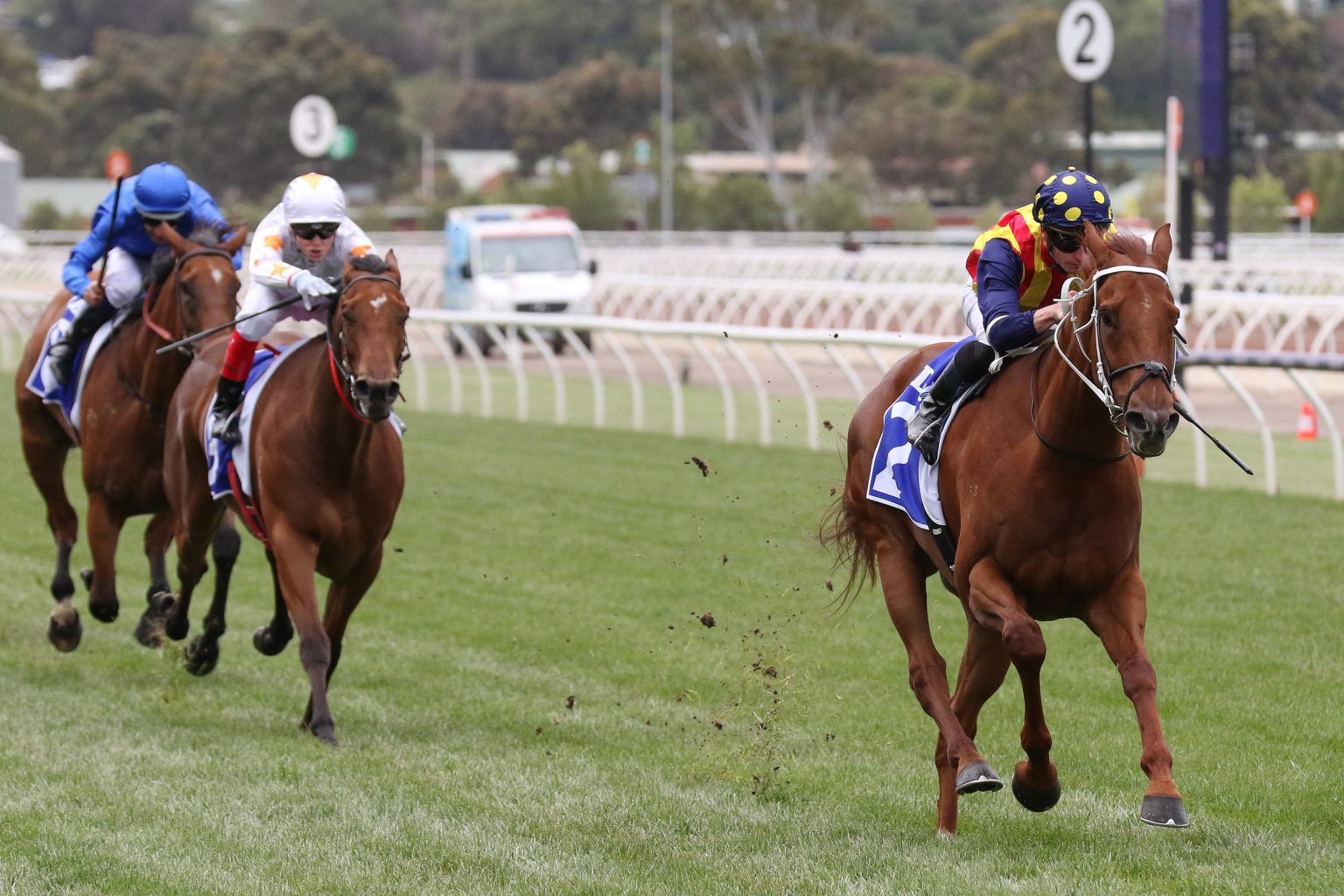 Nature Strip is firming favourite to take out Saturday’s 2021 The Everest on a wet track. Photo: Ultimate Racing Photos.

The money is rolling in for the Nicconi seven-year-old to take out the world’s richest turf race at his third attempt on the back of two nice lead-up runs this prep.

Last seen running a close second in the Group 2 The Shorts (1100m), Nature Strip is after his first win since successfully defending his Group 1 TJ Smith Stakes (1200m) title at The Everest track and distance in the autumn.

The $8 million earner is drawn gate 10 in The Everest field of 12 with James McDonald in the saddle, potentially the ideal draw with the likely Soft – Heavy track predicted for the weekend’s racing in Sydney.

Currently Randwick is rated a Soft (7) and with more rain on the way Friday, it could be a wet track for The Everest Day.

That has seen Nature Strip – two-from-two on Heavy going and four-from-seven on Soft tracks – firm in from $4.50 to $4 to sit top of The Everest odds at Ladbrokes.com.au.

McDonald is also confident pre-race stating the horse is “going as good as ever”.

“He’s going as good as ever, I can’t fault him at all, he’s had a good preparation and he’s ready for a hard 1200m race that’s going to be in front of him,” McDonald said on SEN Track’s Bensley.

“Track conditions are going to play a vital part in what happens.

“I think I’d actually prefer it to be in the soft or worst part of Soft range.

“He gets through it really well, he seems to go as fast on Heavy ground as he does on quick ground, it doesn’t really affect him.

“If the track is in a Heavy range, you could count on one hand how many are going to handle it as good as him.

“That wipes out the rest of them because there are a few unknowns about a lot of them.”

One-time favourite and defending champion Classique Legend resumes in The Everest looking to become the inaugural first-up winner of the weight-for-age sprint feature.

Les Bridge’s gun grey hasn’t raced since his unsuccessful Hong Kong Sprint bid at Sha Tin last December and is the $4.50 second elect for the weekend.

A further three horses are under $10 in the markets including The Shorts winner Eduardo who has been well-backed from $8 into $6 to beat home Nature Strip again.

The rails-dawn Gytrash ($7.50) looking to go two better than his third in last year’s The Everest trifecta and the easing Group 2 Premiere Stakes winner Masked Crusader ($9) round out the single-figure fancies.

Click here for the latest The Everest 2021 betting odds courtesy of Ladbrokes.com.au.