David Payne’s dual Group 1 winning filly Montefilia is tipped to return to her best third-up at Royal Randwick on Saturday when she again takes on the boys as the punters’ pick in the 2021 Australian Derby. 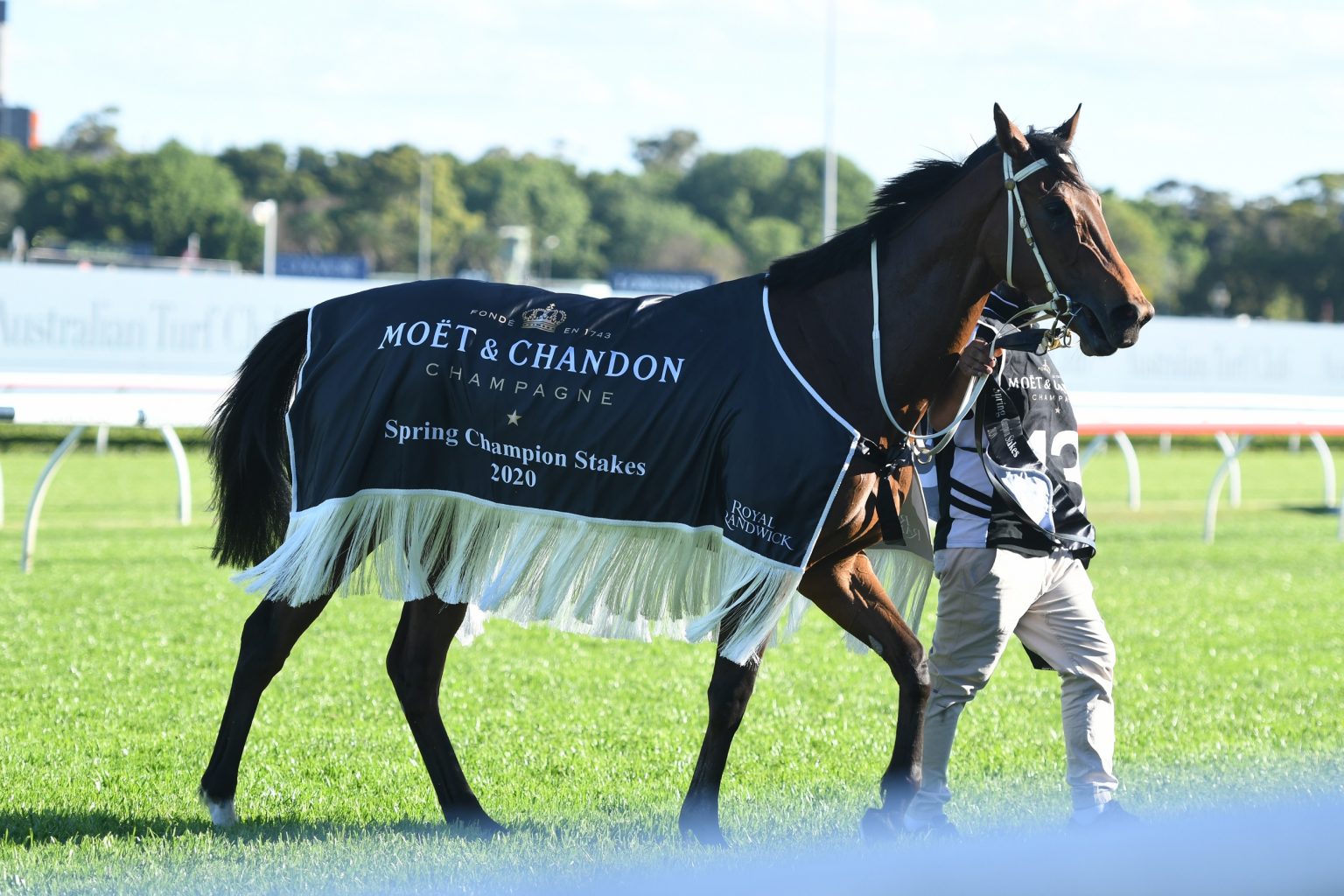 History may be against the sole female contender in Saturday’s Group 1 $2 million Australian Derby (2400m) on Day 1 of ‘The Championships’, but that hasn’t stopped the bookies installing Montefilia as the favourite in the mile and a half classic.

Shamrocker (2011) is the only filly in the past three decades to beat home the colts and geldings in the Australian Derby results and on the weekend Montefilia is at $3.40 through Ladbrokes.com.au to be the next.

The exciting daughter of Kermadec is drawn a treat in barrier four with jockey Jason Collett retaining the ride after he guided her to a close third only a length off Mo’unga in the Group 1 Rosehill Guineas (2000m) last start.

The 2400m at Randwick third-up looks to suit and she could prove a hard to beat favourite come Saturday.

Just two other runners are also under $10 in the latest Australian Derby odds at Ladbrokes.com.au with fellow Rosehill Guineas graduate Sky Lab ($5) and the Kiwi raider Rocket Spade ($7.50) adding interest to the line-up.

Paul Perry’s progressive Real Impact gelding Sky Lab ran out of his skin in the Guineas from the outside barrier (14 of 14) when stepping up notably in grade to finish second last start.

Proving his ability in the tougher ranks, he now gets the chance to go one better after going down a mere neck.

James McDonald is in the saddle again chasing his second Australian Derby success after he rose the Murray Baker-trained New Zealander Dundeel to victory back in 2013.

Sky Lab is boosted by a better barrier drawn midfield gate six on the weekend and looks likely to run out a strong 2400m.

This autumn Rocket Spade will look to continue that dominant form from across the Tasman, the Lance O’Sullivan & Andrew Scott-trained Fastnet Rock colt making his Australian race debut.

He has won his last three starts at home including the Group 1 NZ Derby (2400m) over this distance before proving his versatility next start when dropped back to a mile to win again carrying 60.5kg to victory on March 27.

Drawn to get a lovely run from barrier two, Rocket Spade will be ridden by Kerrin McEvoy and should also get ideal conditions with a likely Soft track for Saturday.

The early Australian Derby market mover meanwhile is the John O’Shea-trained Randwick Guineas champion Lion’s Roar ($10) drawn out in barrier 13 and looking to improve on his lead-up fourth in the Rosehill Guineas.