Leon & Troy Corstens’ The Vanity winning filly Zou Dancer is well-supported to continue the success at Flemington on Saturday with a victory over the boys in the Australian Guineas 2021 field. 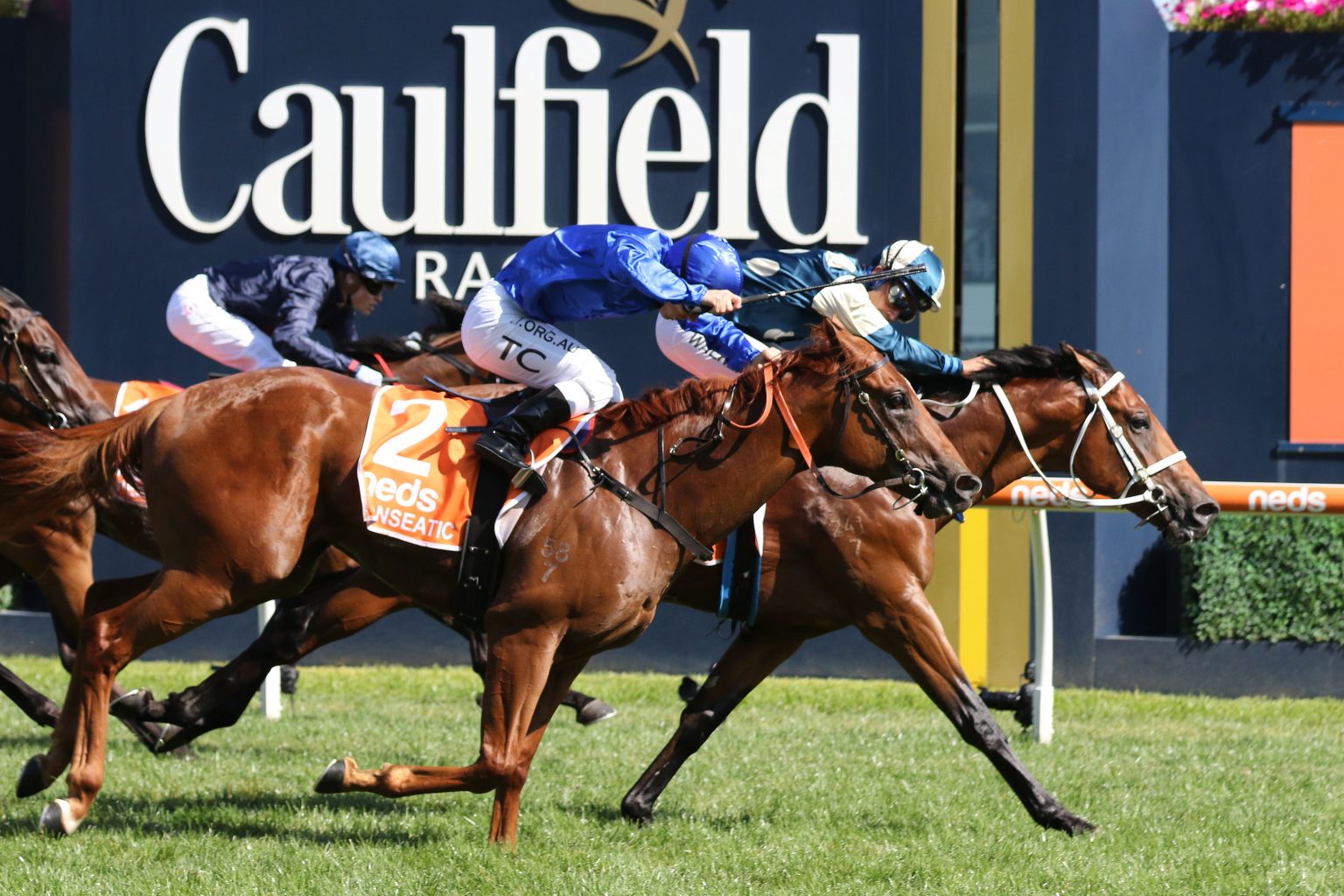 A capacity field of three-year-old milers does battle in this season’s Group 1 $1 million Australian Guineas (1600m) including in-form Zoustar filly Zou Dancer who is two-from-two at HQ ahead of the feature.

She made a notable rise in class on February 13 and could not have been more impressive, absolutely dominating the Group 3 The Vanity (1400m) with a nearly five length victory.

This weekend she gets the chance to prove her class when taking on the colts and geldings over a mile in the Australian Guineas and she should have no trouble over the extra distance.

The season’s premier jockey Ms Jamie Kah is aboard again on the duo are drawn a treat in gate eight, Zou Dancer paying $5 in the latest Australian Guineas betting markets at Ladbrokes.com.au.

The only three-year-old shorter than her in the markets is the narrow $4 favourite Tagaloa, a proven Group 1 youngster who also comes off a lead-up win at the track.

“He carried 59.5kg in the CS Hayes and it was the most weight a winner has carried in the race for the last 20 years,” co-trainer Young said of Tagaloa speaking to Punters this week.

“He’s now meeting them at set weights and he’s going to have an advantage carrying two kilos less.

“They had every chance to beat him in the CS Hayes and they didn’t.”

Despite the size of the field, just two other runners are under double-figures in the latest Australian Guineas odds with dual Group 1 winner Ole Kirk and perennial runner-up Aysar both at $8.

Written Tycoon colt Ole Kirk has a wide gate 15 draw to overcome as the Hawkes Racing-trained galloper looks to atone for his eighth when beating home just one other runner in Caulfield’s Group 1 Futurity Stakes (1400m) against the older horses only last weekend.

In the spring he was very good winning the Group 1 Golden Rose Stakes – Caulfield Guineas interstate double and gets the chance to race closer to that form here back against his own age third-up.

Lindsay Park’s consistent Aysar meanwhile is drawn close to the inside with barrier two and comes off four straight second place finishes including behind Ole Kirk in the Caulfield Guineas and Tagaloa when a length beaten in the CS Hayes last time out.