A star-studded list of runners has been announced to fill the first 10 positions in The All-Star Mile 2021 field with brilliant WA-trained mare Arcadia Queen heading the public vote. 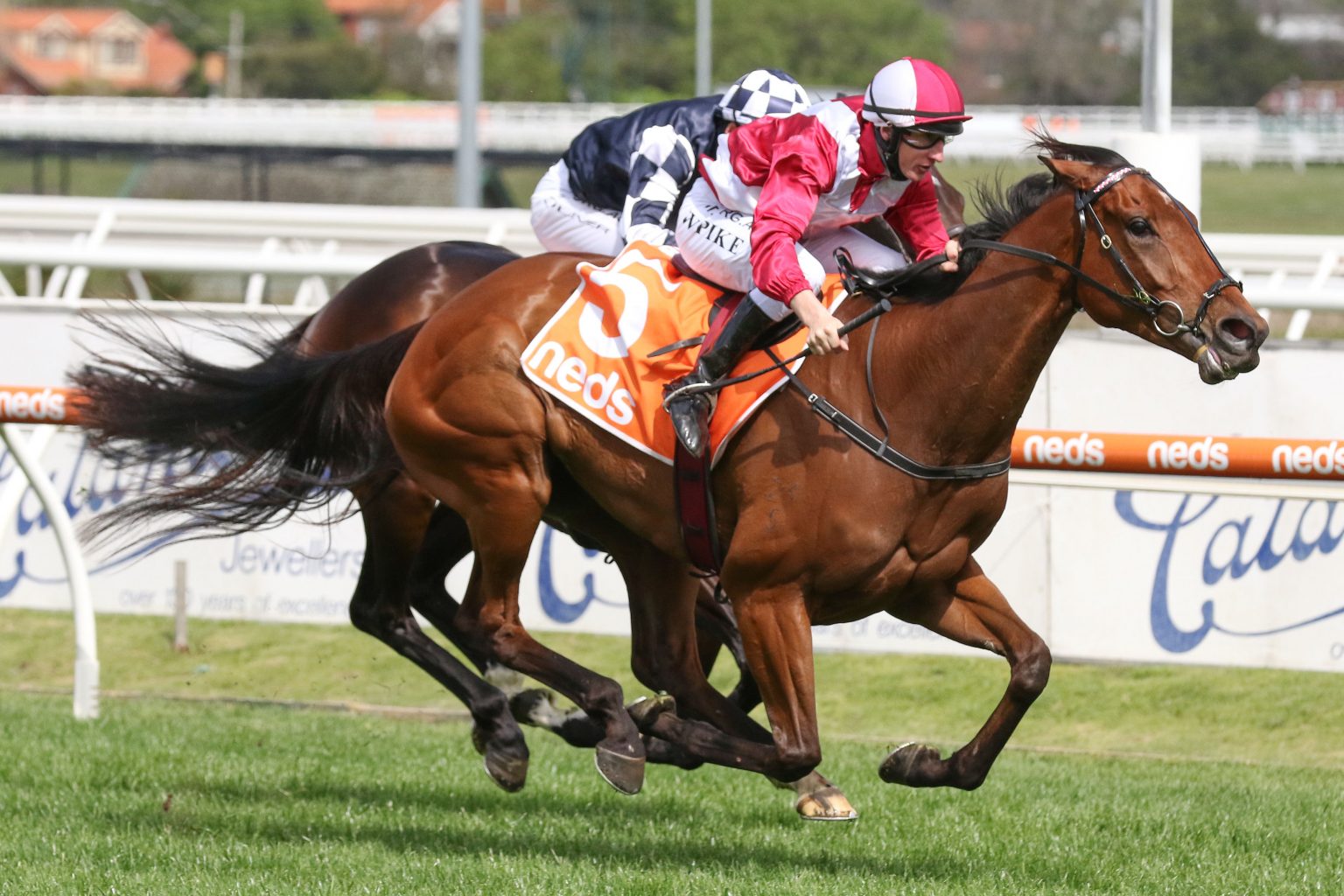 Arcadia Queen was the most popular horse in public voting on the 2021 The All-Star Mile Top 10. Photo: Ultimate Racing Photos.

The spring’s Group 1 Caulfield Stakes – Mackinnon Stakes double winning daughter of Pierro attracted 15,105 votes making her the number one vote-getter for the $5 million The All-Star Mile (1600m) run at The Valley on March 13.

She was well clear of the two next best from the public vote with South Australia’s Behemoth (14,699) and the New Zealand-trained mare Probabeel (14,503).

The top trio do battle this weekend in a stellar edition of the Group 1 $500,000 Futurity Stakes (1400m) at Caulfield on Blue Diamond Stakes Day.

Behemoth, coming off a lead-up win in at home, heads Futurity Stakes betting at Ladbrokes.com.au as he returns to the track and distance of his Group 1 Memsie Stakes – Sir Rupert Clarke double during the spring.

The Jamie Richards-trained Epsom Handicap winner Probabeel, first-up winner carrying plenty of weight in the Group 3 Bellmaine Stakes, meanwhile is second elect for the Futurity and narrow favourite in futures All-Star Mile betting at $4.80 through Ladbrokes.com.au.

Arcadia Queen follows at All-Star Mile odds of $5 after the Top 10 reveal, with Behemoth equal on $6 with Russian Camelot to round out the single-figure fancies for the lucrative autumn feature.

Russian Camelot won the Group 1 Underwood Stakes (1800m) before his second to Arcadia Queen in the Caulfield Stakes and third in the Group 1 Ladbrokes Cox Plate (2040m).

His last start was a far from disgraced eighth under three lengths beaten in the Group 1 Melbourne Cup (3200m) over the two miles and he looked sensational in a Flemington trial on Friday morning.

The Futurity Stakes winner this weekend gains a golden ticket into the All-Star Mile should they not already be one of the Top 10 voted runners.

Arcadia Queen will be out to go back-to-back in the event for her Perth trainers Grant & Alana Williams after they won the quinella last year with Regal Power and Superstorm at Caulfield.

Regal Power could get a chance at back-to-back wins via a Wildcard entry, the galloper also racing on Blue Diamond Day looking to catch the attention of the panel in the Group 2 Peter Young Stakes (1800m).

The All-Star Mile Top 10 features six individual Group 1 winners for its third edition, the event also attracting a record 147,830 votes from the public up on 135,097 last year.

The other elite level champions confirmed a shot at the $2.25 million All-Star Mile winners’ cheque this season are Cox Plate hero Sir Dragonet ($15) and the Phillip Stokes-trained Mr Quickie ($19).

They face off against the older horses chasing that guaranteed start in the Futurity Stakes field.

The other wildcard entry on offer is to the Group 1 Blamey Stakes (1600m) winner at Flemington Saturday week.

“We expected the likes of Arcadia Queen, Behemoth, Probabeel, Russian Camelot, Sir Dragonet and even The Harrovian to prove popular with the voting public, but what we perhaps didn’t anticipate was that the story of Still A Star would gain such traction in Tasmania and that Adelaide’s proud Italian community would rally round Regalo Di Gaetano in such great numbers,” Racing Victoria’s Executive General Manager – Racing, Greg Carpenter said.

“We are absolutely delighted that they will take their place in the race alongside the six Group 1 winners committed so far, and we look forward to completing the field with some very strong wildcard runners in the coming weeks, with the first one due to be handed to the winner of tomorrow’s Group 1 Futurity Stakes.”

The official All-Star Mile final field of 15 will be announced on Monday the 1st of March, 2021.