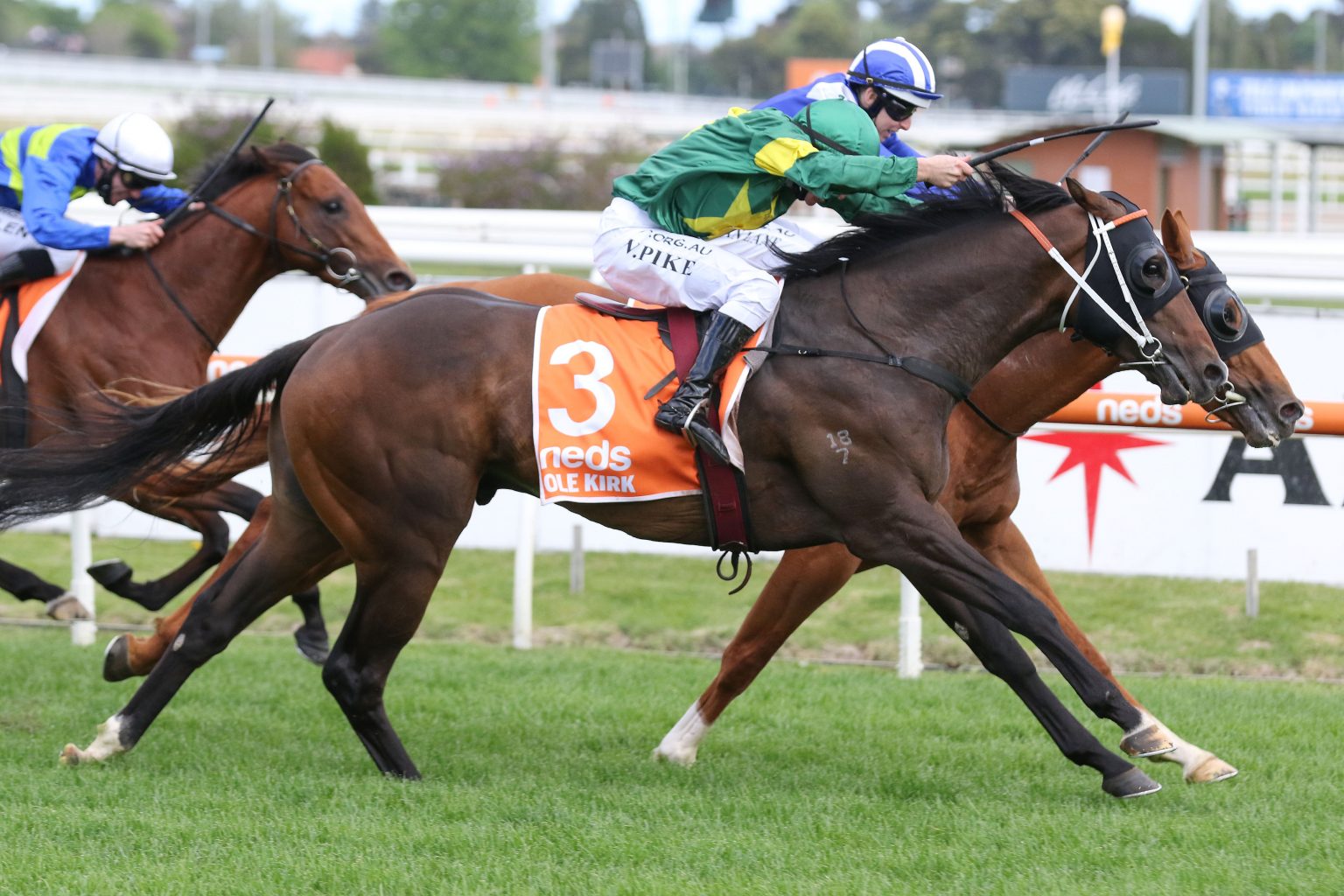 The youngster took out the Group 1 Golden Rose Stakes – Caulfield Guineas interstate double last spring and is tipped to return in equally as good form this preparation.

The Hawkes stable have a total of six Australian Guineas nominations this season with their other headline entry being Golden Rose second placegetter, nicely-bred Brazen Beau colt North Pacific.

North Pacific occupies the equal second line of futures Australian Guineas betting at $8 along with the undefeated Kiwi galloper Aegon.

Prepared across the Tasman by Murray Baker & Andrew Forsman, Sacred Falls gelding Aegon has won all three of his career starts including a narrow last start victory back in November’s Group 1 NZ 2000 Guineas (1600m).

Other standout entries for the mile classic this Melbourne Autumn Racing Carnival include Young Werther, Aysar, Tagaloa and Away Game.

Tavistock gelding Young Werther is prepared by Danny O’Brien and was last seen running third at HQ in last October’s Group 1 VRC Derby (2500m), making him the top finisher out of that event to be nominated for the Australian Guineas this year.

Another Derby Day graduate in the mix is the Tom Dabernig & Ben Hayes-trained Aysar, the Deep Field colt having run second to Ole Kirk in the Group 1 Caulfield Guineas (1600m) before also being runner-up in the Group 3 Carbine Club Stakes (1600m) on October 31.

Away Game meanwhile is one of the best fancied of the fillies nominated to take on the colts and geldings in the Australian Guineas, won two year’s back by Mystic Journey (2019) for the girls.

The Ciaron Maher & David Eustace-trained daughter of Snitzel was also a top two-year-old taking out the $2 million Magic Millions 2YO Classic before her Blue Diamond fourth and Golden Slipper second, and was last seen back at the Gold Coast running third in the 3YO Guineas last Saturday.

Australian Guineas first acceptances close at midday on Tuesday the 16th of February, 2021 with all-in betting available in full here courtesy of Ladbrokes.com.au.