The Heath 1100 Stakes will be held at Caulfield Racecourse on Memsie Stakes Day featuring a host of The Everest hopefuls. 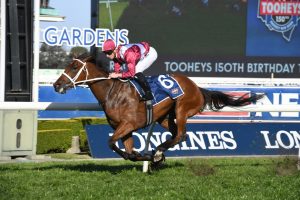 The The Heath 1100 Stakes is a Group 3 1100 metre sprint held at Melbourne’s renowned Caulfield Racecourse on Memsie Stakes Day in late August or early September.

Open to horses aged four years and older, The Heath is run under set weights with penalties conditions. The Heath 1100 field usually attracts a decent variety of gallopers, with some of Melbourne’s classier sprinters often entering the field. While only a Group 3 event, The Heath’s calendar spot and the lack of other options means that it attracts a worthy field.

Those horses that perform well in The Heath usually go on to continue their spring campaigns during the Melbourne Spring Racing Carnival. For this reason, it’s always a good idea to check out the from in The Heath.

The race can serve as a guide to upcoming features including even Randwick’s $15 million The Everest (1200m) – the richest turf race in the world.

One of the major lead up races to The Heath is the Aurie’s Star Handicap (1200m), a Group 3 sprint held at Flemington Racecourse. Many horses who have a good run in The Heath might go on to contest the Group 2 Bobbie Lewis Quality (1200m).

In 2019 Gytrash ran second in The Heath 1100 results before winning the Group 1 Black Caviar Lightning the following February.

The The Heath 2020 ran on Saturday August 29, 2020 and was won by Diamond Effort for her fifth victory on the trot.

Diamond Effort ($6) showed she was a mare with a big spring ahead overcoming a wide alley first-up in a very competitive edition of The Heath 1100 Stakes 2020 to make it five on the trot with her narrow late-surging win over the beaten favourite Lyre ($4.60) and roughie hope Runson ($61).

Updated The Heath 1100 Stakes 2020 odds and betting market links to the sprint showdown will be available right here once opened at Ladbrokes.com.au.

The 2020 The Heath field of final acceptors and barriers are released on the Wednesday of race week and will be available below once announced by Racing Victoria.

Update: The in-form Lindsey Smith-trained veteran #3 Great Again (12) along with the widely-drawn #15 Prophet’s Thumb (13) have been scratched from The Heath 1100 field.

Nominations for The Heath 1100 2020 are taken the Monday of race week and will be published in full below.

The Heath is named for Caulfield Racecourse, which is affectionately known by locals as “the heath”, a reference to its scrubby early days. The Heath has enjoyed a variety of names throughout history, some of which are listed below:

The Heath was an unlisted race prior to 2005, when it was upgraded to listed. In 2013, The Heath received a further status upgrade to Group 3. Since 2002, The Heath has been held at Caulfield Racecourse and has been run over 1100 metres.